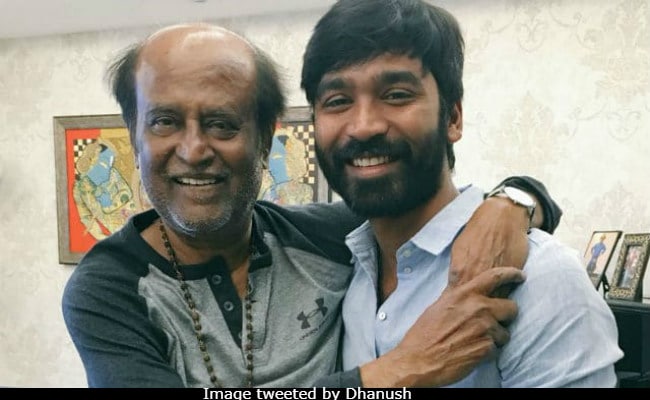 On the day of Petta's release, Rajinikanth's new film received the biggest shout out from none other than his son-in-law - actor-filmmaker Dhanush. Twitteratti woke up to an early review of Petta on Dhanush's timeline, who borrowed a viral dialogue from the film, originally delivered by the Thalaiva in the film and wrote: "Petta is epic... superstar.. love you thalaivaaaaa... tharamaana sambavam senjiteenga. Congrats to the whole team. Karthik Subbaraj, big big big thank you... we are indeed Rajinified Anirudh... your best BGM work till date. Petta paraaaaaaak!" The Tamil phrase "Tharamaana sambavam senjiteenga" roughly translates into: "You've done great things!" The Hindi version of Petta hits screens tomorrow.

Meanwhile, Dhanush is not the only one who is "Rajinified" by Petta - the list is actually endless, as is seen on Twitter. Early reviews of the film poured in from movie-goers on Twitter and here's what they have to say: "Wow, got Rajinified to the core," read a tweet while another added: "Rajinified by the movie. Thalaiva your charisma doesn't come down little bit at this age. Also, pure Rajinism."

In Petta, the 68-year-old megastar features as a feisty hostel warden named Kaali, who has a reputation for dealing with goons in his own unique manner. In an earlier interview to news agency IANS, Rajinikanth had described the film as "an entertaining throwback to the kind of films I did in 1990s." And now, Twitter completely agrees with that: "Vintage Rajini is back! That energy level and powerful performance of superstar. Thanks a ton Karthik Subbaraj! Superb storytelling and climax. Stunning visuals and phenomenal BGM," read a tweet while another user added: "Age is just a number... The one and only superstar... masssssssss... The true Rajinified moment."

#Petta Interval: Wowsome locations, top notch cinematography, fresh character sketches and what not. Of course, @anirudhofficial's music is the backbone of the film and is an important tool in getting us #Rajinified.

Yeah ! #Rajinified With The Movie
Thalaivaa ur charisma doesn't come down little bit at this age Also .. Pure #Rajinism#Petta

#PettaFDFS#PettaParaak@rajinikanth wow great to see my schooldays Rajini back in screen. #Rajinified n electrifying in every single frame. @karthiksubbaraj u r such a genius in crafting screenplay with huge cast. Bravo. Thalaiva u r always our superstar.Therichiteenga

#Petta - Vintage Rajini is back ! That energy level and powerful performance of Superstar Thanks a TON Karthik Subbaraj !! Superb storytelling and Sema climax Stunning visuals and phenomenal bgm #Thalaivarism#Rajinified@rajinikanth@karthiksubbaraj@sunpictures

#PettaFDFS#Rajinified@karthiksubbaraj@anirudhofficial- Proven the point of #Thalaivar veriyan!!! After a looooooong time a complete #Rajini film! Every frame is beauty. Climax - OMG that was kola mass!

In case you still haven't made it to the theatres yet, here's a look at the trailer:

Petta features Nawazuddin Siddiqui as the villain and the cast also includes names such as Trisha, Simran and Vijay Sethupathi.