Rajinikanth Of The 90s Again In Petta. Director Explains Why It's Unlike Kaala Or Kabali

Karthik Subbaraj: "I wanted to show him in the most stylish way and bring back his mannerisms and machismo" 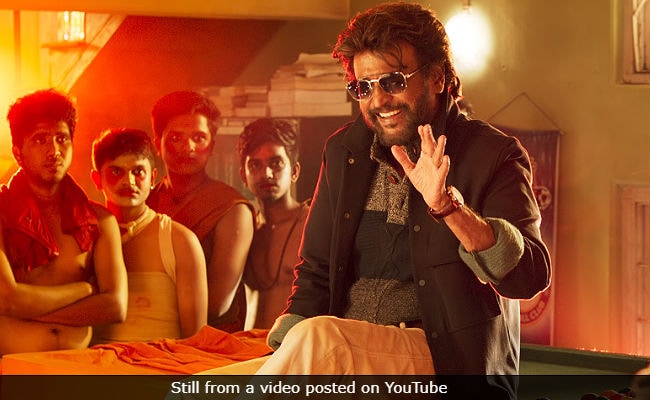 Filmmaker Karthik Subbaraj, who wears his Rajinikanth fandom on his sleeve, says he is proud to have directed Tamil film Petta as he is a die-hard superstar Rajinikanth fanboy. Having made a mark with films such as Pizza, Jigarthanda and Iraivi, Karthik Subbaraj has collaborated with Rajinikanth for the first time in Petta, which released today in Tamil, with the Hindi version set to release on January 11. The film has been extensively shot in Uttar Pradesh, in places like Varanasi and Lucknow. Every promo of Petta so far has clearly indicated that it's a film made by a true-blue Rajinikanth fan, one who wants to pay rich tribute to the superstar of 1990s.

"I grew up idolising Rajinikanth and I've always wanted to see him in a certain way. When I knew I was going to write for Rajini sir, I wanted to show him in the most stylish way and bring back his mannerisms and machismo," Karthik Subbaraj told IANS.

Karthik Subbaraj pointed out that Petta has a healthy mix of his sensibilities and popular Rajinikanth tropes.

"The film has a mix of both our sensibilities. Rajini sir gave me an opportunity to work with him because he liked my work, especially my style of narration and dialogues. Now, I can't go out and make something very different just to please him. He wanted me to make Petta the way I want it and with my sensibilities intact," he said, adding that the film also has everything a Rajinikanth fan wants to see.

If the promos are anything to go by, one can be assured that Rajinikanth's fans are in for a treat. Karthik Subbaraj says audiences will see a happier, chirpier version of Rajinikanth as Kaali, in the role of a hostel warden.

When asked if he tried to consciously break Rajinikanth's recent stint of dark characters, Karthik Subbaraj said: "As stories, Rajini sir's recent films such as Kabali and Kaala were dark. Therefore, his characters were also dark. The story decides the nature of a character."

"When I thought of writing for Rajini sir, I told myself it will be a really cool character with a very happy-go-lucky attitude. We took such a character and placed him in a strong story and I believe, as a combination, it has worked wonders. Rajini sir thoroughly enjoyed doing comedy and romance," he added.

Karthik Subbaraj said the biggest challenge was not assembling the actors but to shoot with them in a very short span of time.

Talking about roping in a huge star cast, he said: "I was very certain that I wanted to work with these actors. The fact that we had just 10 months to shoot did make me wonder if we could pull it off. Thankfully, the Rajinikanth factor attracted all the actors and they didn't want to miss the opportunity to work with him."

Karthik Subbaraj said all the actors have pivotal parts to play.

"The script demanded very strong characters. That's the reason why I approached actors like Vijay Sethupathi and Nawazuddin Siddiqui, who can literally play any character convincingly. Even when it comes to the women in the film, you will see them in very strong roles," he said.

Recalling the experience of working with Rajinikanth, the director said he will treasure the time he spent with him on the sets. "Personally, the biggest takeaway for me from the project is the time I spent with Rajini sir. It was fascinating to see him in action. He still works with the kind of passion we see in up-and-coming actors who have to prove themselves. Importantly, Rajini sir doesn't take his fans and audiences for granted."