Rajinikanth's Darbar is expected to release on Pongal next year. 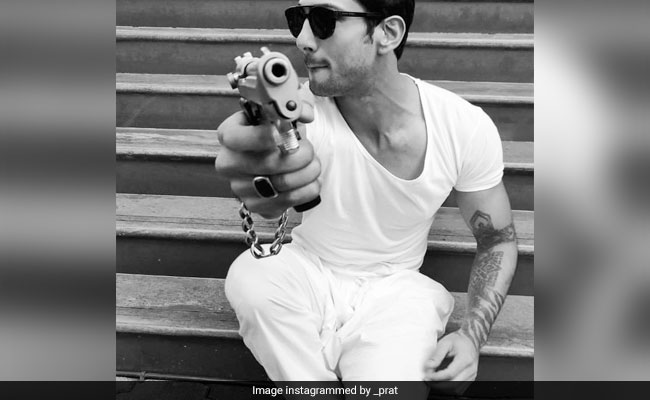 Prateik Babbar is excited about his role (courtesy _prat)

Actor Prateik Babbar, who already has a slew of films on his work roster, just scored a "dream come true" project, one that stars none other than Rajinikanth, reports news agency PTI. Prateik Babbar, who plays one of the villains in Rajinikanth's cop drama Darbar, said the film will be mark an upward journey in his career graph. "It is such a dream come true to have bagged this project in such little time. This year is looking very positive for me and Sanya (Sagar) has been such a great influence on my life professionally and personally," the actor said. Prateik Babbar married his long-time girlfriend Sanya Sagar in January this year. Darbar is being directed by AR Murugadoss, best known for helming Bollywood films such as Ghajini, Holiday and Akira.

An excited Prateik Babbar also added: "I can't wait to commence shooting with Rajinikanth sir and AR Murugadoss sir this week and create some magic."

Darbar was initially titled Thalaivar 167 and stars Nayanthara as the female lead. The film's team shared the first poster of the movie earlier this month, which sort of reveals that it's set in Mumbai, where Rajinikanth's film Kaala was also based. Nayanthara and Rajinikanth have previously co-starred in films such as Kuselan, Chandramukhi and Sivaji whereas the Thalaivar has played the cop role in films such as Pandiyan, Moondru Mugam, Geraftaar and Hum.

Here We Go! #Thalaivar167 is #Darbar@rajinikanth@ARMurugadoss#Nayanthara@anirudhofficial@santoshsivan@sreekar_prasadpic.twitter.com/bNoEhne6xo

Darbar will be produced by Lyca Productions, which was also the banner behind 2.0. Darbar is expected to release on Pongal next year.

Meanwhile, Prateik Babbar has a packed roster - he has films such as Nitesh Tiwari's Chhichhore, Mahesh Manjrekar's Power and Anubhav Sinha's Abhi Toh Party Shuru Hui Hai in the line-up. The actor also has a web series in his kitty and it is expected to release later this year.