Read inOther Languages
This Article is From Feb 17, 2019 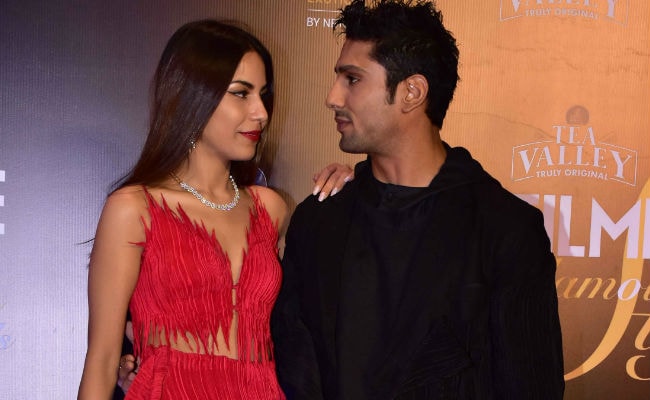 Prateik Babbar with wife Sanya Sagar at an award show in Mumbai.

Actor Prateik Babbar reportedly posted a risque picture featuring himself with wife Sanya Sagar on Valentine's Day, which he recently deleted following heavily trolling on social media, several websites, including India.com and DNA, reported. Prateik married Sanya Sagar last month in Lucknow, her hometown. As per a DNA report, the Internet users called Prateik out for posting the picture, in which his wife posed topless with him. A section of the Internet also called it a "publicity gimmick." However, not all Instagram users were against Prateik posting the picture. A user wrote in the comments section of another picture posted by the actor: "Why did you delete your Valentine's Day picture with your loved one?"

Prateik Babbar and Sanya Sagar married as per Maharashtrian traditions in Lucknow on January 23. The wedding ceremony was preceded by a haldi function. In Mumbai, Prateik and Sanya hosted a flapper-themed party for their friends and Bollywood colleagues.

Prateik Babbar has starred in films like Jaane Tu... Ya Jaane Na, Dhobi Ghaat and Aarakshan. he took a small break from films in 2015. Last year, he featured in box office hit Baaghi 2 and critically-acclaimed Mulk. As of now, Prateik has signed up for Brahmastra and Chhichhore.