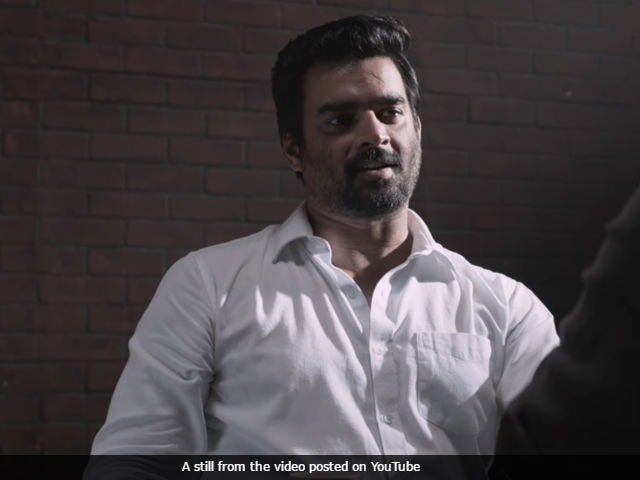 New Delhi: R Madhavan's latest Tamil film Vikram Vedha is running successfully in theatres and the film's writer director duo Pushkar and Gayatri are overwhelmed, especially because of Rajinikanth's compliment. On their (unverified) Twitter handle, Pushkar and Gayatri said Rajinikanth called it a "Mass film made with so much class (sic)." Trade analyst Ramesh Bala corroborated Pushkar and Gayatri's tweet on his official Twitter handle. Pushkar and Gayatri also thanked fans for the 'positive word of mouth,' which elevated the film's business. In a series of tweets, they said: "We want to thank everybody who has appreciated and celebrated Vikram Vedha on social media. You people took our film to the larger audience out there and we will be eternally grateful."

#VikramVedha
Mass film made with so much class.
That's what Superstar told us...
Whata man!
Thanks @superstarrajini

. @superstarrajini watched a spl show of #VikramVedha earlier today.. His words: "Fantastic.. Fantastic.. Mass film made with so much class"

We want to thank everybody who has appreciated and celebrated #VikramVedha on social media. The awesome word of mouth started with you (1/3)

#VikramVedha You people took our film to the larger audience out there and we will be eternally greatful. Sorry we couldn't converse (2/3)

#VikramVedha -each of you. There was just this outpouring of love for this film. But we want to thank each and every one of you. BIG CHEERS!

Vikram Vedha has been declared blockbuster by south film critics. The film made over Rs 17 crore in the opening weekend and has also collected over $3 lakh in USA, according to Ramesh Bala.

Madhavan's Irudhi Suttru released as Saala Khadoos in Hindi simultaneously but the makers decided not to repeat the pattern with Vikram Vedha. "The story is set in north Madras and I don't think the same setting would work in Bollywood. Hence, we ruled out the idea of shooting it in Hindi," Madhavan told news agency IANS in an earlier interview. "The same story can be in set in Mumbai. If everything works out, we could make it in Hindi," he added.

In Vikram Vedha, actor Vijay Sethupathi was cast as antagonist opposite Madhavan and the director Pushkar told IANS that there was no clash between the protagonists. "Vijay and Madhavan were competitive, but absolutely had no ego between them," he said.