The first trailer of actor R Madhavan's Vikram Vedha is finally out. Shah Rukh Khan also shared the trailer of the film 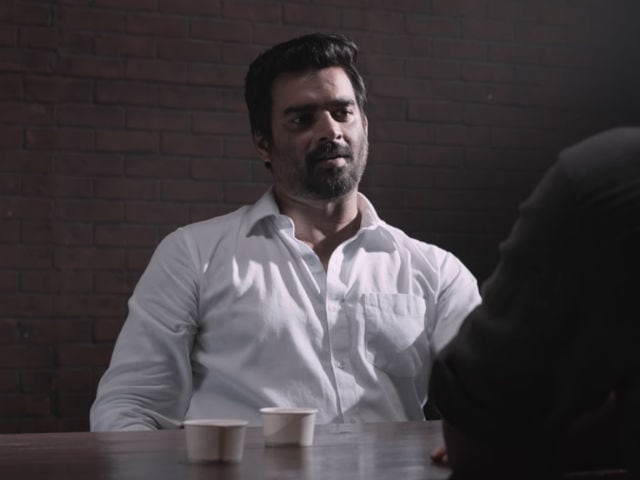 New Delhi: The first trailer of actor R Madhavan's next film Vikram Vedha is finally out. Madhavan plays a tough cop Vikram, while Vijay Sethupathi features as a gangster Vedha (crime lord of sorts). The trailer opens on Vijay Sethupathi, the criminal, who narrated his story to Madhava, the cop. The main highlight of the film is Vijay and Madhavan's iconic clash. Shah Rukh Khan also shared the trailer of the film and tweeted, "To all my Tamil friends, here's the dynamic trailer of my friend Maddy's film." Vikram Vedha also stars Shraddha Srinath and Varalaxmi Sarath Kumar. It is directed by Pushkar and Gayatri.

To all my Tamil friends heres the dynamic trailer of my friend Maddy's film #VikramVedha@ActorMadhavan@sash041075https://t.co/FVuxuSCn2i

For the film and Madhavan and director Pushkar did an extensive research for over a year. "We carefully studied how cops handling gangsters think and behave. He plays a cop in mufti who doesn't sport a uniform. Such cops actually blend into the areas where they work and don't stand out. So their whole body language is very different. Madhavan started imagining that he was Vikram in flesh and blood, taking on his identity. He started visualising how the cop would act and feel in real life," Mr Pushkar earlier told iFlickz.

Vikram Vedha, an action-thriller film, is shot in Chennai.

Promoted
Listen to the latest songs, only on JioSaavn.com
R Madhavan, who was last seen in Irudhi Suttru (Saala Khadoos in Hindi), as boxing coach, had to massively transform himself for the role of a cop. "Madhavan started studying his character months in advance. Physically Madhavan lost all the bulky muscle mass of his boxer look. He perfected a new sculpted lean, mean look in a few months," the director said.

Vikram Vedha's release date hasn't been announced as of yet.