Priyanka Chopra's Quantico to Have 'Different' Storyline in New Season 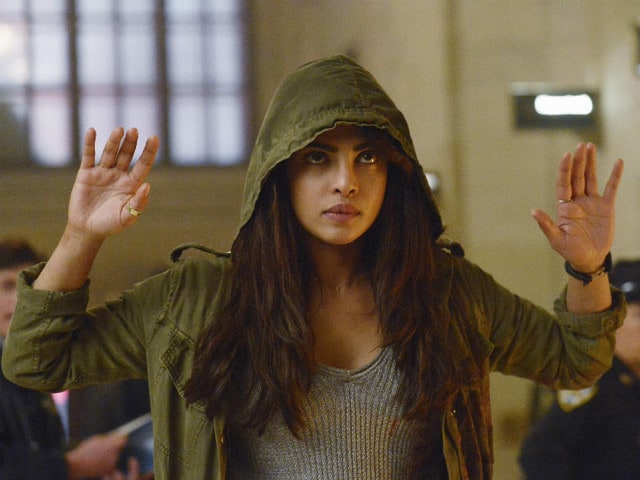 A still from Quantico.

Los Angeles: After Priyanka Chopra's international TV series Quantico got a go-ahead for a second season, its creator and show-runner Josh Safran said that the show's storyline will hit the reset button every season with the Indian actress' role as the "focal point".

ABC handed out 15 renewals on Thursday, including Quantico. And Mr Safran spilled some beans about what's coming up in the series while talking to variety.com.

Mr Safran said: "The producers ABC Studios and Mark Gordon Co. have decided that Quantico storyline will hit the reset button every season. Alex Parrish will remain the focal point and a few characters from season one will probably return but the storyline and much of the cast will start anew." (Also Read: How Jai Gangaajal Helped Priyanka Chopra For Quantico)

He added: "This story was about terrorism and America. Season two will attack a different issue that plagues America's security."

The FBI-set drama will face a big test when it returns with episode 12 after a three-month break. Priyanka plays Alex Parrish, a rookie FBI recruit with a mysterious past in the season one, which will return in India on March 12.

The mid-season premiere introduces new elements and one big twist to the saga of a FBI recruit, who becomes suspected of involvement in a terrorist bombing of New York's Grand Central Station.

The show's storytelling prism shifts between the present day with Alex navigating her way through a class of FBI new agent trainees to the near future as the truth and repercussions of the attack emerge. The flash-forward storytelling technique also allows them to spread out the plot points.

Quantico emerged out of the box as a solid contender for ABC, one of the few new shows of the season to stand out.

The star cast, with actors Jake McLaughlin, Tate Ellington and Graham Rogers along with Priyanka, also stood out amid the heightened focus on showbiz diversity.

Mr Safran noted that the show delves below the surface into those disparate backgrounds to explore how each character's personal stories influence their motivations for joining the FBI and their perspective on the search for truth in the terrorism investigation.

"As diverse as the cast is, in my mind they're not diverse enough," Mr Safran said.