Sections of the press are theorising there could be other reasons for Priyanka Chopra's exit - her salary, for one 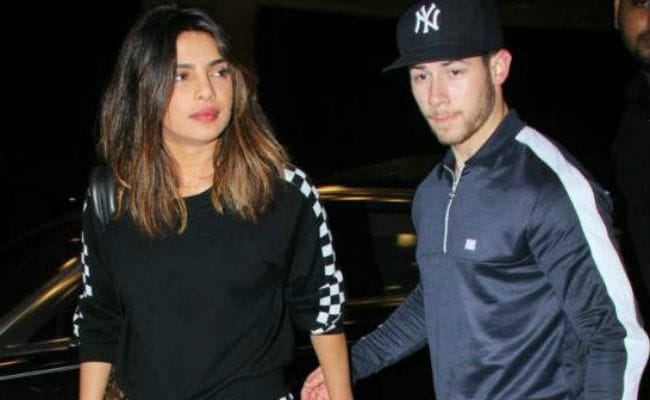 The 'very, very special reason' for which Priyanka Chopra quit Salman Khan's film Bharat might not just be Nick Jonas (and rumoured engagement too), say some reports in the media. On Friday, after Bharat director Ali Abbas Zafar's tweet announcing Priyanka's exit and reports in international media claiming that Priyanka and Nick had gotten engaged some days ago, made headlines in quick succession, some tweets expressed disbelief/disapproval that Priyanka would quit a project she had committed to in order to get married. Now, sections of the press are theorising there could be other reasons for the actress' exit - her salary, for one; 'last minute additions' to the cast of Bharat, for another.

"It's silly to even suggest that marriage should be a reason for exiting a film so abruptly. This coming from Priyanka, who has made headlines for her emancipated thought process, is quite lame," a source told DNA, appearing to shore up tweets calling Priyanka unprofessional for appearing to have backed out of a film for a rumoured wedding.

Some months ago, it was reported that Priyanka was being paid Rs 12 crore for Bharat - her initial asking fee was reported to have been Rs 14 crore. However, DNA now reports that Priyanka's Bharat pay cheque was actually Rs 6.5 crore. "Priyanka had brought up this subject with her close friend within the Khan family. However, the remuneration was decided after checking the viability factor. After all, even her last outing Jai Gangaajal (2016) wasn't anything to write home about. And paying her the double-digit figure, which she was reportedly asking for, would not be prudent," the DNA report states.

Besides salary, the additions to the cast of Bharat are also being cited as one of the primary reasons for Priyanka's exit. Actress Disha Patani was welcomed on board a few months after Priyanka's name was announced. Last week, Nora Fatehi joined Bharat. "Priyanka needed to condition her mind to accept these additions," the source told DNA, although it's not clear why the actress would object to her new cast mates.

The DNA report also points out that Priyanka stuck to her work schedule even when her father died some years ago. "Priyanka Chopra is an extraordinarily professional. I remember she shot for a film, just a few days after her father (Dr Ashok Chopra) passed away in 2013. She was devastated by his death, yet she didn't cancel the shoot. So, to say that she is opting out of a film at the nth hour, stating her engagement as a reason, seems a bit out of place," another source told DNA.

As reports of Bharat producers being upset with Priyanka surfaced, Salman's father Salim Khan said, "it's okay if she cannot do the film." In an interview to SpotboyE, Salim Khan said, "It's okay whatever happened. Priyanka is not doing Bharat, let her be. Such things happen in our industry. Has it happened for the first time that someone has left a film? Our very own Zanjeer went through so many ins and outs."

"Such things happen. Sometimes they happen for date issues, or the role, or even the money aspect. Aur kabhi aadmi ki kuch apni majbooriyan hoti hai. I haven't yet got into the details of why Priyanka left Bharat, but we shall soon cast someone else. We are not upset with Priyanka. Salman Khan is also not upset," Salim Khan added.

Bharat, which is set in a circus, also stars Tabu. Filming began earlier this month and the film is expected to release on Eid next year. It would have been Priyanka's fourth collaboration with Salman.

Priyanka Chopra has signed filmmaker Shonali Bose's The Sky Is Pink and is expected to begin filming with Farhan Akhtar and Zaira Wasim soon.

Priyanka Chopra, 36, and Nick Jonas, 25, reportedly got engaged during her birthday (July 18) in London.