Last year, Priyanka's yearly earnings were valued at Rs 68 crores - which is a stark contrast compared to Salman's evaluation by Forbes 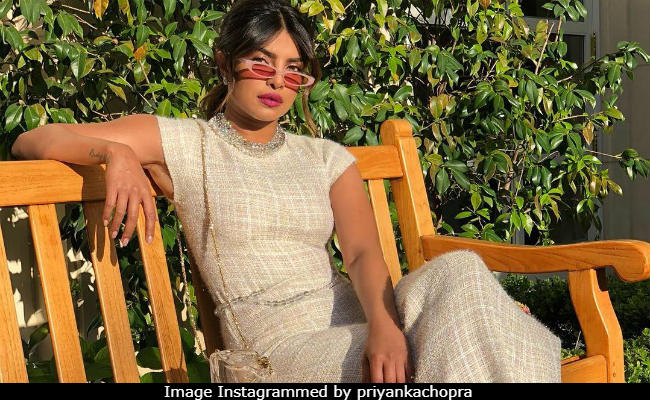 New Delhi: Priyanka Chopra featured on Forbes list of World's Highest Paid TV Actresses two years in a row and then featured as one of the Most Powerful Women, as per Forbes' list. Apart from these, Priyanka also ranked seventh on Forbes' list of Bollywood's Top 10 Highest Paid Actors (male and female), a list which is primarily dominated by male actors - Shah Rukh Khan, Salman Khan, Akshay Kumar, Aamir Khan and Hrithik Roshan occupied the top 5 spots in this order. Joining Priyanka on the list was Deepika Padukone, who took the sixth spot, after which she headlined the cast of "Padmaavat", for which she reportedly charged Rs 13 crore. Now, it is reported that Priyanka demanded Rs 14 crore for Bharat, her next Bollywood film. According to a report in mid-day, Priyanka's team quoted a sum of Rs 14 crore for Bharat, which was then reportedly settled at Rs 12 crore. Priyanka co-stars with Salman Khan in Bharat.

"Priyanka's team had quoted Rs 14 crore given her current market rate, but, abiding by industry standards, she was given Rs 12 crore," stated the mid-day report.

While reports of Priyanka's speculated fee may feature in headlines, it must be noted that female stars are still paid noticeably less than their male counterparts, something which Bollywood has been debating over for a while now. Apart from screen space, Priyanka and Salman (who has delivered Rs 300 crore films) also share space on Forbes' list of Top 100 Indian Celebrities. This year's list is yet to be released but as per last year's survey by Forbes, Salman's yearly earnings were at Rs 232.83 crores - he was on the top spot while Priyanka was at #7. Even just six positions apart, Priyanka's earnings were valued at Rs 68 crore - which is a stark contrast compared to Salman's evaluation.

Priyanka may not have made an appearance in Bollywood in two years but needless to say that the actress has become one of the most sought-after stars in the industry. Hence, we won't be surprised if Priyanka actually demanded Rs 14 crores for Bharat. Last year, Deepika admitted that she was paid more than Shahid Kapoor and Ranveer Singh for "Padmaavat" without revealing the actual fee.

Last year, Deepika dropped from the 6th spot on Forbes List of 100 Celebrities to the 11th position. Deepika's yearly earnings were estimated to be Rs 59.45 crore, after which, at the Met Gala this year, she said: "For years, we've been made to feel we should be okay with settling for less, with sometimes a promise of getting something more later on. But I think you should get what you think you deserve. It's okay to fight for it, and it's okay to feel uncomfortable initially, because that's just the way we've been made to feel for so long."

Promoted
Listen to the latest songs, only on JioSaavn.com
Deepika Padukone and Priyanka Chopra famously co-starred in Bajirao Mastani. Priyanka also featured in a special song in Ram-Leela, starring Deepika but did not share screen space with the actress.

Directed by Ali Abbas Zafar, Bharat is scheduled to hit screens next year. Priyanka is currently busy with her Quantico commitments, after which she will join the sets of Bharat. ABC TV series Quantico will wrap with the current (third) season.