Leave it to Priyanka Chopra to shut trolls like a boss 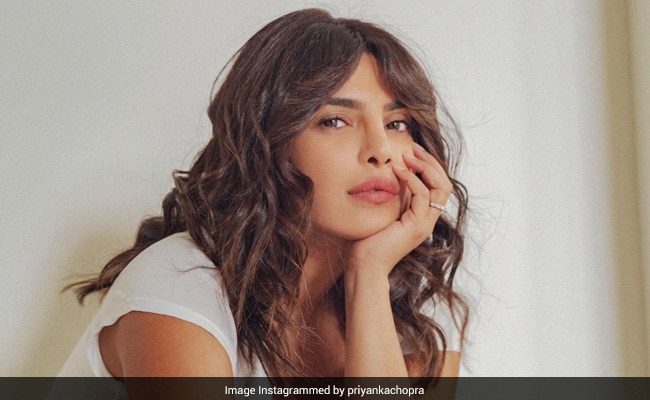 Priyanka Chopra has been trending big time, courtesy an orb dress designed by Halpern Studio that she wore recently. A section of the Internet was busy sharing a stock of memes, which the actress sportingly acknowledged and shared on her Twitter profile on Wednesday. "Too funny... Thanks for making my day," Priyanka Chopra tweeted while sharing some of her favourite memes based on the outfit. However, a Twitter user, reacting to the actress' post wrote: "Are you serious Ma'am, is that a dress then what's the point to have good figure." Priyanka Chopra shut the Twitter user like a boss with her reply. "The fact that a 'figure' doesn't matter. That's the point," she replied.

The fact that a "figure" doesn't matter that's the point. https://t.co/esCMvnBvdR

Here are the memes based on her outfit that Priyanka Chopra shared:

Too funny... Thanks for making my day guys ! @LUXURYLAW#halpernstudiopic.twitter.com/TpEJIUocSJ

Priyanka Chopra was last seen in Netflix's The White Tiger, co-starring Adarsh Gourav and Rajkummar Rao. The film is based on Aravind Adiga's Booker Prize winning novel of the same name. The actress' upcoming projects include a comedy film with Mindy Kaling, Amazon's Citadel and Sangeet Project. The actress recently announced a Hollywood film with Sam Heughan and Celine Dion. She recently launched a haircare brand called Anomaly Haircare.

Priyanka Chopra, a former Miss World and a Bollywood star, is a woman of many hats. She is the first South Asian woman to headline the cast of an American television show and has featured in many Hollywood projects. Priyanka Chopra is a tech-investor and also counts as a UNICEF Goodwill Ambassador. She recently launched her memoir Unfinished.