Nick Jonas Has Some Unfinished Business With Priyanka Chopra. Guess What

Sharing an Instagram story, Nick Jonas gave a shout-out to Priyanka and wrote: "Can you please sign this for me?" 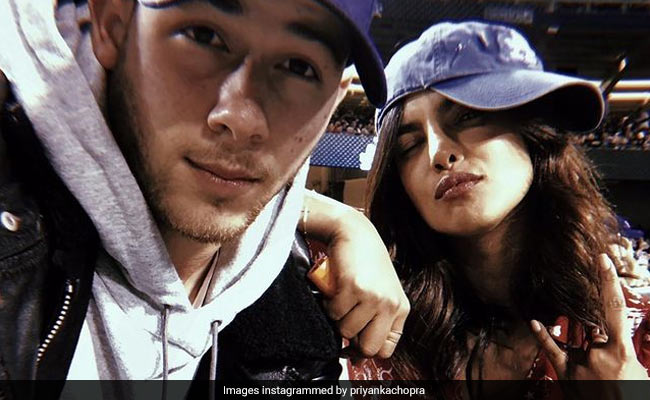 The only person who is more excited about Priyanka Chopra's memoir Unfinished appears to be her husband Nick Jonas. The 28-year-old singer is rooting for Priyanka Chopra on social media and as part of it, he asked for a signed copy of the memoir. LOL. Sharing an Instagram story, Nick Jonas gave a shout-out to Priyanka and wrote: "Can you please sign this for me?" The "this" in his caption points to the copy of Unfinished he's posing with in the photo. Needless to say Priyanka was impressed by Nick Jonas' gesture and replied: "Hahaha, babu. I love you and yes, yes, yes." Nick Jonas and Priyanka Chopra are countries apart - he is in Los Angeles while Priyanka is in London, where her stay got extended because of the lockdown. 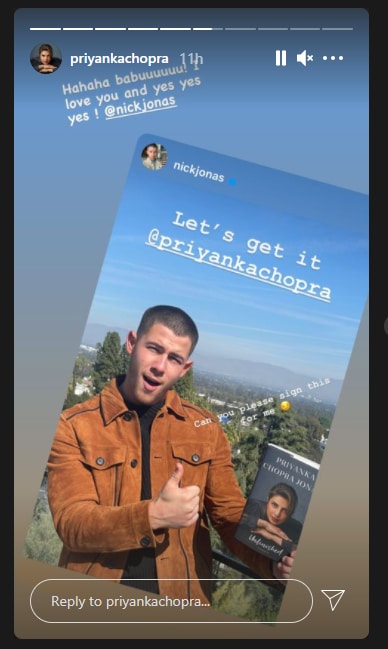 Meanwhile, Priyanka addressing Nick Jonas as "babu" really seemed to impress the Internet and here's how Priyanka Chopra responded to a tweet about that: "What an amazing observation."

Nick Jonas has obviously gone through Priyanka's memoir and in a recent virtual interaction, he talked about reading about Priyanka's childhood crushes and early dating life. Priyanka couldn't help but facepalm her way through it. "You know, some of the stuff, to be totally real, your early dating life and your... kind of... you know, high school crushes and things like that - we've spoken about it. But it's just funny to read it. Just to think, like imagining you as a high schooler is you know, really something that was fun for me to read," he said.

Leave it to @nickjonas to get straight to the good stuff 😂 #Unfinishedpic.twitter.com/Mr9Nu3yWYT

With her memoir Unfinished, Priyanka Chopra added one more feather to the cap. Apart from being a global star, Priyanka Chopra is also a tech-investor and also counts as a UNICEF Goodwill Ambassador. She recently started a hair care brand called Anomaly Haircare. Priyanka Chopra also runs the production house Purple Pebble Pictures, which aims to promote regional cinema.