"Just to think, like imagining you as a high schooler is you know, really something that was fun for me to read," Nick Jonas said in an interview 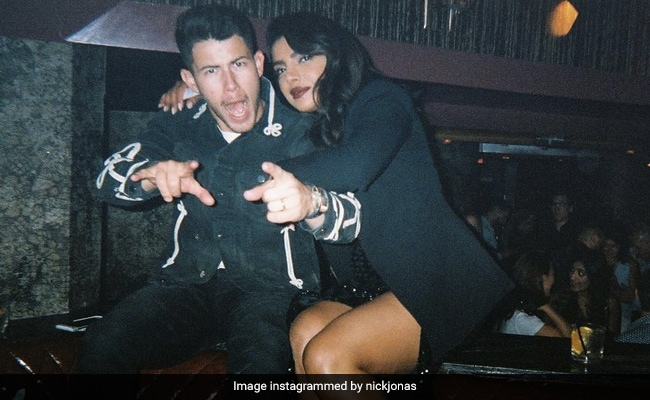 Priyanka Chopra added one more feather to the cap - she's now an author, courtesy her recently released memoir Unfinished. Priyanka is currently in London, where her stay got extended because of the lockdown, while Nick is in Los Angeles. The two caught up over a virtual interactive session to discuss the book Unfinished recently. On Twitter, Priyanka shared just a glimpse of it, in which Nick shares how he felt while reading about his wife's early dating life and school crushes. "You know, some of the stuff, to be totally real, your early dating life and your... kind of... you know, high school crushes and things like that - we've spoken about it. But it's just funny to read it. Just to think, like imagining you as a high schooler is you know, really something that was fun for me to read," he said.

Leave it to @nickjonas to get straight to the good stuff #Unfinishedpic.twitter.com/Mr9Nu3yWYT

Just as Unfinished released, Nick Jonas, who is Priyanka Chopra's loudest cheerleader, checked on to Twitter to give her a massive shout out on her latest feat.

My beautiful wife @priyankachopra just added PUBLISHED AUTHOR to her already long list of achievements! Unfinished is out now! Congratulations Pri! You are all going to love this book.

Nick Jonas and Priyanka Chopra met for the first time at the Vanity Fair Oscars party in 2017, which was the first milestone in their forever love story. Following a brief meeting, Nick Jonas reached out to Priyanka on Twitter and the rest is history. Months later, they arrived at the Met Gala in May 2017 together, both wearing custom Ralph Lauren ensembles. Within weeks, they clicked their first photo together at a baseball match in Dodger Stadium, Los Angeles. Nick Jonas and Priyanka Chopra had a fairy tale wedding in December 2018.

Question From Shahid Kapoor: Why Does Someone As Pretty As Mira Rajput Need A Cleanse?