Priyanka Chopra 'Will Be OK.' Actress Tweets After Being Treated For Concussion 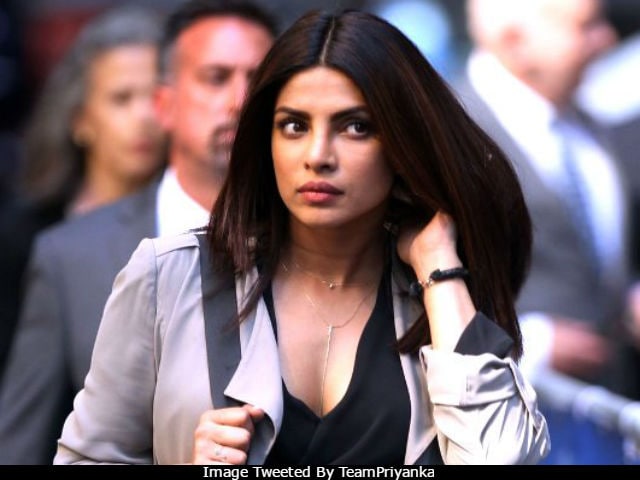 New Delhi: Actress Priyanka Chopra tweeted a medical bulletin on Sunday night, a day after she was taken to a hospital in the US after a fall on the sets on her TV show Quantico. In her tweet, the 34-year-old star assured fans she was recovering well and thanked them for their wishes. She also said she was hoping to resume work soon: "Thank you for all of your warm thoughts and well wishes. I will be ok and am looking forward to getting back to work as soon as I can." On Friday night, Priyanka was taken to hospital after what her representative described as a 'minor accident' while shooting for Quantico in New York. She is believed to have fallen and hurt her head, and was treated for concussion. Priyanka Chopra is now resting at her residence in New York. Here's the tweet she posted on Sunday night:

Thank you for all of your warm thoughts and well wishes.I will be ok, and am looking forward to getting back to work as soon as I can.much

After international sites began reporting that Priyanka had been hospitalised, the actress' representative said in a statement: "Yes, we can confirm there was a minor accident and Priyanka will return to work after the weekend."

Quantico, now in its second season, stars Priyanka Chopra as Alex Parrish, an FBI trainee wrongly accused of masterminding a terror attack after which she joins the CIA. The role has fetched her international acclaim and a People's Choice Award - she is also nominated for a second one this year. Priyanka is also regularly spotted on big ticket red carpets now, presenting a Golden Globe two weekends ago. Last year, she also presented at the Oscars and Emmys.

Promoted
Listen to the latest songs, only on JioSaavn.com
Priyanka Chopra has returned to the USA, where she is a temporary resident, after a well-earned winter break, some of which she spent in Goa. Her Hollywood debut, the film version of Baywatch opposite Dwayne 'The Rock' Johnson, releases later this year. Priyanka stars as the main antagonist Victoria Leeds in a cast that also includes Zac Efron and Alexandra Daddario.

Priyanka Chopra has also announced she plans to sign two Bollywood films this year. She was last seen in 2016's Jai Gangaajal.