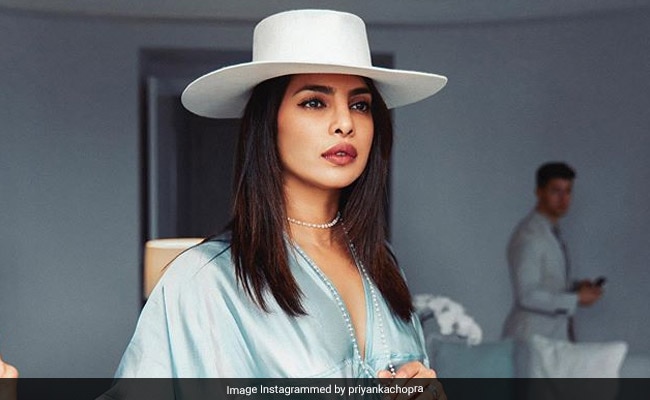 Actress Priyanka Chopra, currently on her birthday vacation in Miami, Florida, was recently spotted smoking in certain photos, which quickly went crazy viral. Twitter was quick to spot those pictures and reminded the 37-year-old actress of an inhaler advert of hers for Cipla, in which she spoke about being diagnosed with asthma at a very young age. Several users also dug out an old video in which Priyanka campaigned for a cracker-free Diwali. Some even criticised the actress for celebrating her birthday amidst the devastating Assam floods - Priyanka Chopra was appointed the brand ambassador of Assam tourism in 2016. In the photos that have Twitter so riled up, Priyanka can be seen chilling on a yacht with her mother Madhu Chopra and Nick Jonas, who too can be seen smoking a cigar.

Here's how Twitter reacted to Priyanka Chopra's vacation photos from her yacht party in Miami:

Priyanka Chopra trying to cure the Asthma she developed on Diwali! pic.twitter.com/ifvKNNiwpE

Good to know your asthma is gone

Priyanka Chopra had appealed to people of India for crackerless Diwali.

Now she is taking medicine to avoid Asthma. pic.twitter.com/Nc9xArkirQ

Meanwhile, some users are of the opinion that Twitter should mind its own business and that they should "Let Priyanka Chopra be."

People change with time. Their perception towards life and choices change as they grow. Someone didn't smoke in 2010 doesn't mean they can't in 2019. (Not supporting smoking but just let @priyankachopra be)#PriyankaChopra#PC

People should know that there is a big fat difference b/n burning bunch full of crackers and smoking 1 cigarette which is her discretion, she knows about her health.

So #PriyankaChopra was pictured smoking..Can't a woman make independent choices without being trolled ! Maybe she did not smoke before, maybe now or maybe she was just taking a drag.. leave her alone !!
She is an #Indian icon.. she has achieved What few Indians have !!

In December last year, Priyanka Chopra was criticised for letting off crackers at her own wedding. Meanwhile, Priyanka has been at the receiving end of brutal social media commentary several times in the past - in 2017, Priyanka Chopra was wardrobe-shamed for wearing a short dress when she met Prime Minister Narendra Modi in Berlin. Earlier this year, Twitter described her pictures as 'RSS swag' after she stepped out in khaki shorts.

Priyanka Chopra celebrated her 37th birthday on July 18, which turned into an extended Miami vacation. On the work front, Priyanka Chopra will next be seen in Shonali Bose's The Sky Is Pink, co-starring Farhan Akhtar and Zaira Wasim. Priyanka Chopra is also rumoured to have signed a film with Guardians Of The Galaxy star Chris Pratt.