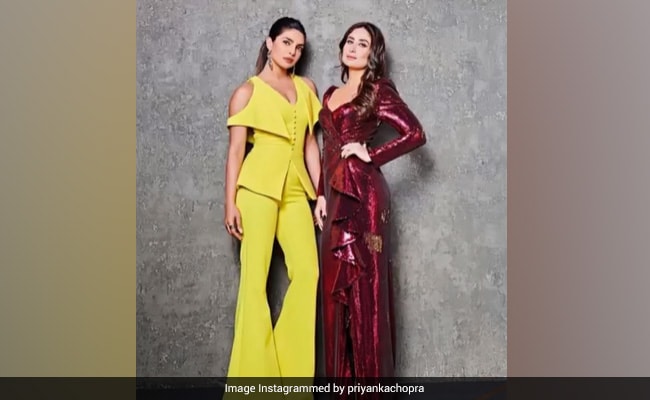 Priyanka Chopra, currently in New York for work, managed to scoop some time out of her busy schedule to wish Kareena Kapoor on her 42nd birthday. On Wednesday, Priyanka Chopra shared a throwback picture of herself and Kareena from the sets of Koffee With Karan 6, when they appeared together and she wrote: "Happy birthday Bebo. Everyone's favourite. Lots of love Kareena Kapoor." Reacting to Priyanka Chopra's greeting, Kareena wrote: "Thank you empress." Kareena Kapoor and Priyanka Chopra worked together in the 2004 film Aitraaz, co-starring Akshay Kumar. Priyanka Chopra made a cameo appearance in Kareena's 2011 film Ra.One, while Kareena featured in a song in Priyanka's 2006 film Don. 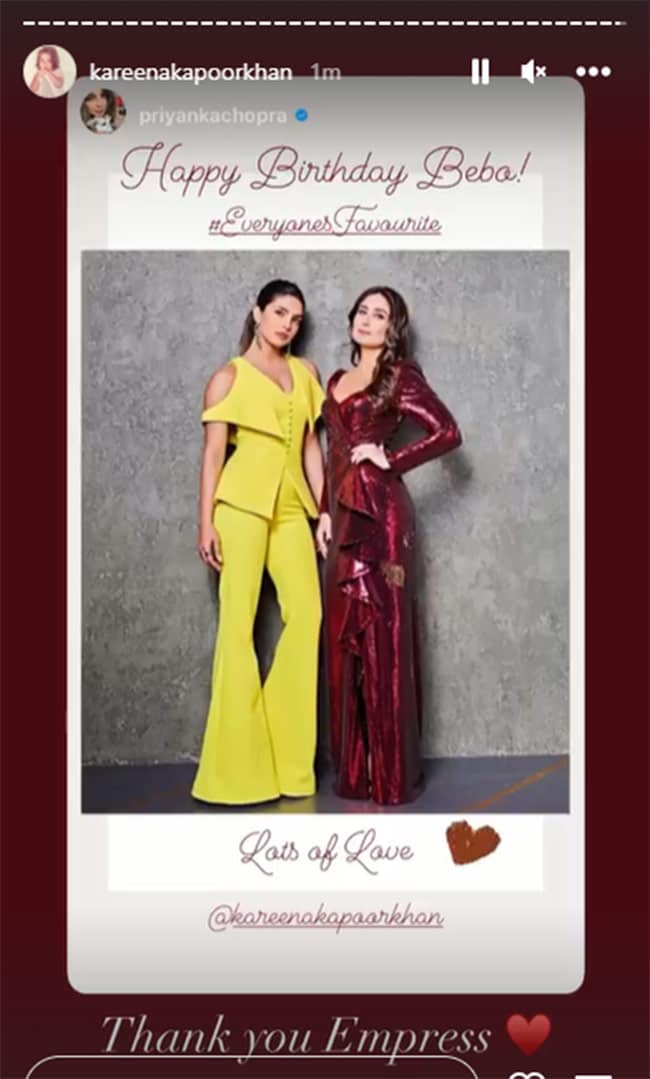 The actresses made seemingly controversial comments about each other on Karan Johar's show in the previous seasons. In 2010, Kareena appeared on the show with Saif Ali Khan and while talking about Priyanka, she said, "Where does she get that accent from?" A few episodes later, Priyanka appeared on the show and when the show's host Karan Johar told her about Kareena's comment, she replied, "The same place where her boyfriend gets it from." Many years later, they appeared together on Karan Johar's chat show Koffee With Karan 6 in 2018. Both the actresses frequently comment on each other's Instagram posts.

On the work front, Kareena Kapoor was last seen in Aamir Khan's Laal Singh Chaddha, which released last month. She will next be seen in The Devotion of Suspect X, co-starring Vijay Varma and Jaideep Ahlawat. The actress has also signed a project with Rhea Kapoor.