Priyanka Chopra Reacts To Rumours About Engagement With Nick Jonas: 'Everything About Me Is Not For Public Consumption'

"My entire life, especially my personal life. Everything about me is not for public consumption," said Priyanka Chopra 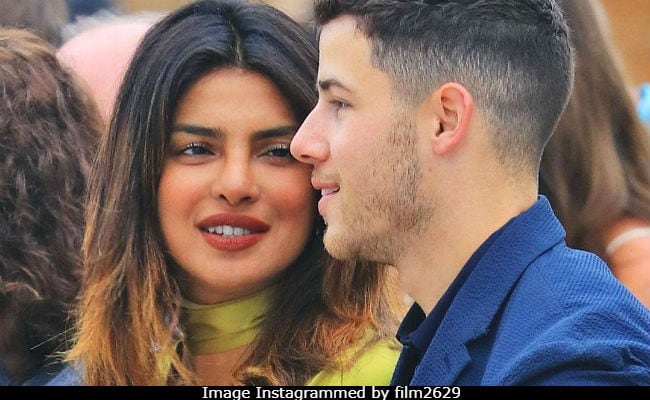 Priyanka Chopra was speaking at an event recently (courtesy film2629)

Actress Priyanka Chopra touched down in the National Capital on Monday after attending rumoured boyfriend Nick Jonas' concert in Singapore over the weekend. At an event in New Delhi, Priyanka was inevitably asked about her rumoured engagement to Nick Jonas, which has been keeping the Internet engaged for a while now. Speaking to the media, the 36-year-old actress said she may be a star but some aspects of her life are better kept aloof from the media glare, reported news agency IANS: "My entire life, especially my personal life. Everything about me is not for public consumption. 90 per cent of my life is for public consumption, but 10 per cent of it is for me. I am a girl and I have the right to keep that to myself."

For over a week now, Priyanka has found a permanent spot on the trends list but for reasons more than one. She quit Salman Khan's Bharat reportedly after her rumoured engagement to Nick Jonas and keeping her speculated wedding in mind. Meanwhile, Priyanka also apparently joined Chris Patt's Cowboy Ninja Viking. Her professional commitments apart, developments in the Nick-Priyanka corner is what's garnering most interest - she has reportedly fixed a date in September for her wedding. Apart from her dropping out of Bharat, none of the above have been corroborated by Priyanka or her team. Speaking in Delhi, Priyanka revealed how she deals with rumours: "Sometimes I laugh, sometimes I get annoyed. But mostly, I tell my publicists 'Let it be, today's news is tomorrow's trash'."

Meanwhile, a faint streak of criticism also erupted on the Internet citing Priyanka and Nick's age difference. Nick will turn 26 this September while Priyanka celebrated her 36th birthday last month. Their appearances together were also termed as a PR exercise but Priyanka doesn't feel the need for clarification: "I'm not running for office, so I don't owe anyone an explanation," IANS reported her as saying.

On social media, Priyanka was recently spotted grooving at Nick Jonas' concert in Singapore. In a viral video, Priyanka and Nick were seen partying with friends.

A month after Nick Jonas bonded with Priyanka's mother in India, the American singer reportedly popped the question during Priyanka's birthday celebrations in London. Priyanka and Nick make frequent appearances hand-in-hand and have been inseparable since she attended his cousin's wedding in June.

On the work front, Shonali Bose's The Sky Is Pink with opposite Farhan Akhtar is her only Bollywood project so far. She also has Hollywood films like Isn't It Romantic? and A Kid Like Jake in the pipeline.