A second wedding ceremony as per Hindu rituals is scheduled for tomorrow. 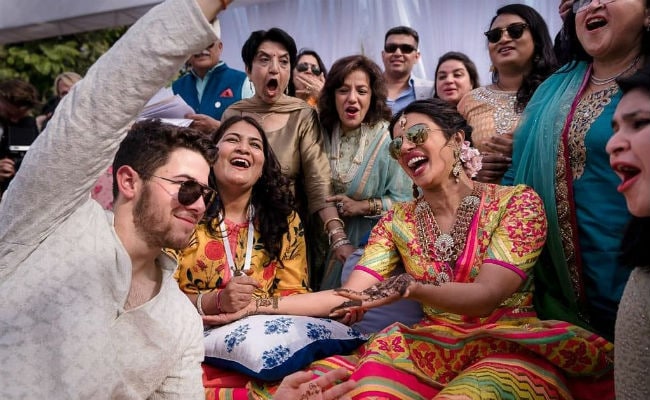 A Photo of Priyanka Chopra and Nick Jonas from their mehendi ceremony.

The ceremony, which was held in Jodhpur's Umaid Bhawan Palace, was officiated by Nick's father Paul Kevin Sr, as per a report published in People Magazine.

Congratulations to @PriyankaChopra and @NickJonas on the occasion of their wedding. Ralph Lauren is honored to have dressed the couple as well as the members of their wedding party.

Soon after the couple said, 'I do,' spectacular fireworks were set off at the Umaid Bhawan Palace. Reporters managed to capture a gist of the celebratory mood at the venue from a distance:

#WATCH: Fireworks at Umaid Bhawan Palace in Jodhpur, Rajasthan, after Priyanka Chopra and Nick Jonas tied the knot as per Christian rituals. pic.twitter.com/XpzYtGZG2G

Shortly after their first wedding ceremony was over, Priyanka shared these pictures from her mehendi ceremony:

One of the most special things that our relationship has given us is a merging of families who love and respect each other's faiths and cultures. And so planning our wedding with an amalgamation of both was so so amazing. An important part for the girl in an Indian wedding is the Mehendi. Once again we made it our own and it was an afternoon that kicked off the celebrations in the way we both dreamed. @nickjonas

Priyanka Chopra and Nick Jonas arrived in Jodhpur with their families on Thursday while their guests followed suit. Salman Khan's sister Arpita arrived with her son Ahil on Friday morning while Nita Ambani and Mukesh Ambani landed in Jodhpur in the evening with their daughter Isha and son Anant. Radhika Merchant, who is reportedly dating Anant, was also on the guest list. They arrived in time to attend the sangeet ceremony.

As per Priyanka and Nick's wedding photographer Joseph Radhik, the sangeet ceremony was "amazing."Photos from the wedding festivities have been guarded from social media but Mr Radhik posted this: "OK. It's been eight years of wedding photography, and tonight I may just have witnessed the most amazing sangeet night of them all. Wow." 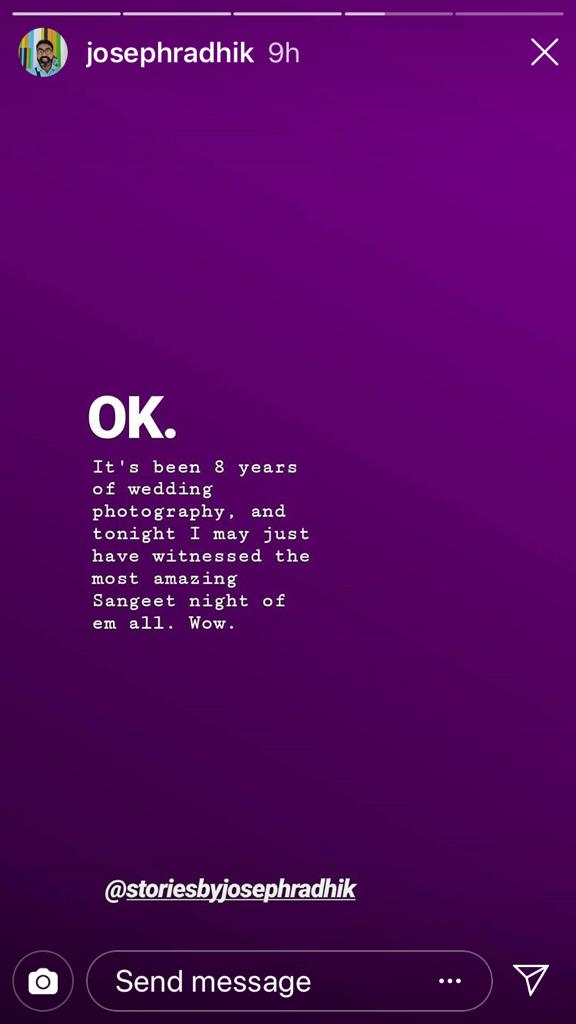 The guests at the wedding have been asked not to bring mobile phones with the camera and the entry to the Umaid Bhawan Palace is strictly restricted by invitation.

Meanwhile, a second wedding ceremony as per Hindu rituals is scheduled for tomorrow.