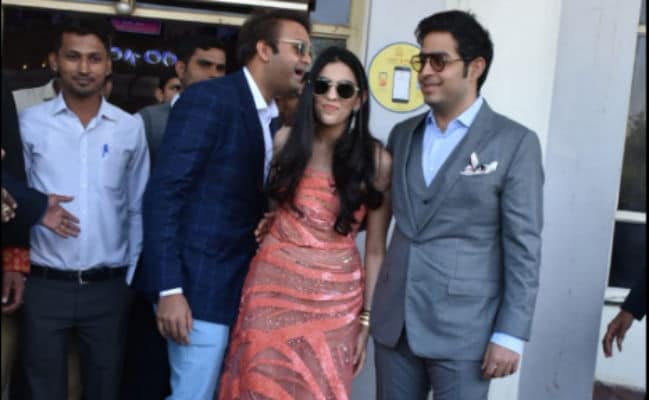 Priyanka Chopra and Nick Jonas' wedding festivities began on Friday and a host of celebrities have already arrived in Jodhpur. Just a day after Nita and Mukesh Ambani landed in Jodhpur, along with daughter Isha and son Anant, Akash Ambani along with fiancee Shloka Mehta and soon-to-be brother-in-law Anand Piramal also arrived in the destination on Saturday afternoon. They were pictured at the airport and the trio - Akash Ambani, Shloka Mehta and Anand Piramal - were all smiles for the paparazzi waiting outside. Shloka looked stunning in an embellished off-shoulder long dress while Akash and Anand were formally dressed. Take a look at the pictures here: 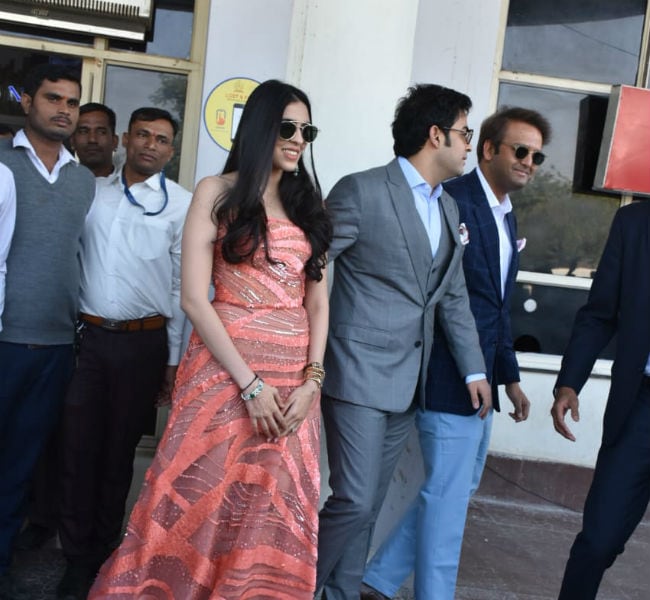 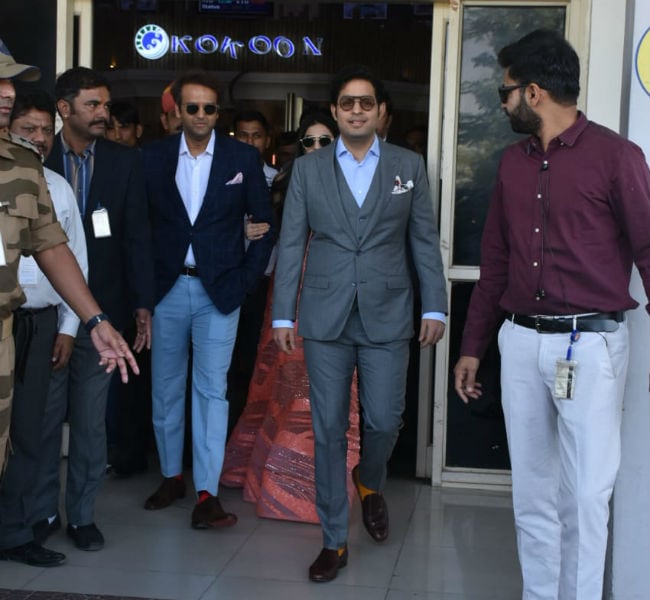 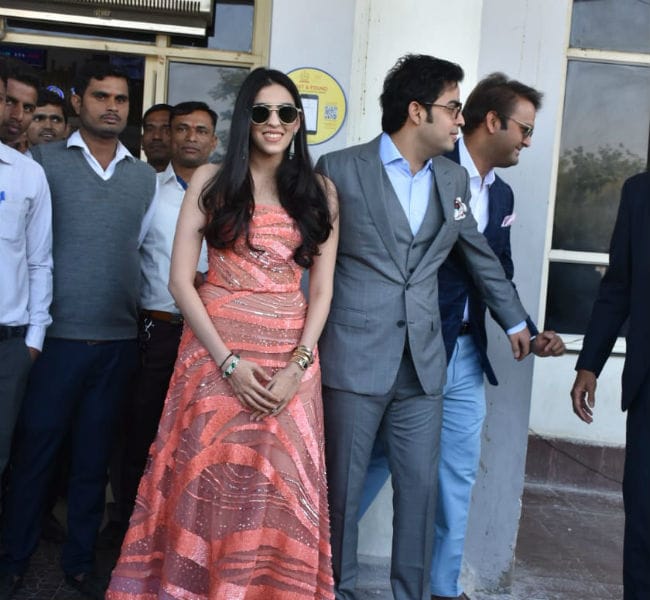 Anand Piramal, who is engaged to Nita and Mukesh Ambani daughter Isha Ambani, will get married in December this year. Priyanka Chopra and Nick attended Isha Ambani and Anand Piramal's engagement party in the picturesque landscapes of Lake Como in September. Priyanka and Nick also attended Akash Ambani and Shloka Mehta's star studded engagement party in June this year.

Salman Khan's sister Arpita and her son Ahil, were one of the first ones to arrive in Jodhpur for Priyanka and Nick's wedding. Priyanka's uncle Pradeep Chopra also arrived with his wife and daughters on Friday. We also spotted actress Manasi Scott and designer Sabyasachi Mukherjee at the Jodhpur airport.

Priyanka Chopra and Nick Jonas' sangeet ceremony reportedly took place on Friday night. The couple will marry in a Christian ceremony on December 1 while a wedding as per Hindi rituals will be hosted on December 2.

Several Hollywood A-listers are also expected to be part of the big fat Indian wedding. The reported guest lists includes the name of actors Dwayne Johnson (who was Priyanka's co-star in Hollywood film Baywatch, Lupita Nyong'o and Jonathan tucker and others.