Priyanka Chopra And Nick Jonas' Wedding Updates From Jodhpur: Pics Of Guest Arrivals And The Venue 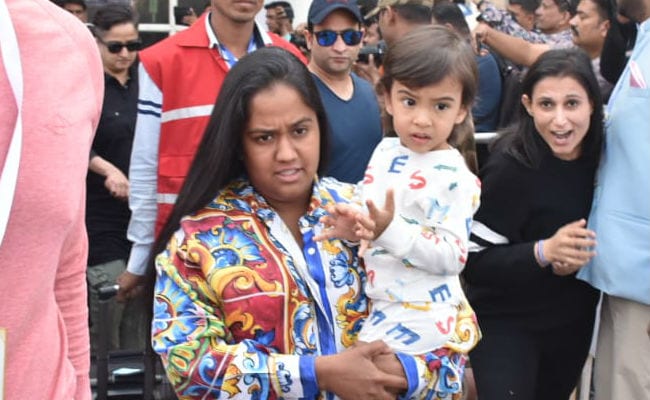 Arpita Khan with her son Ahil at the Jodhpur airport.

Priyanka Chopra and Nick Jonas' wedding venue is all decked up and their guests have started arriving for the wedding festivities, which begin today. Salman Khan's sister Arpita and her son Ahil, looking slightly sleepy, were among the first guests to reach Jodhpur. Priyanka, Nick and their families and teams arrived in Jodhpur on Thursday. Arpita, whom Priyanka counts among her close friends, arrived in Jodhpur on Friday morning, dressed in a printed jacket. Ahil, who looked drowsy, was still in his night-time pyjamas. Priyanka's uncle Pradeep Chopra also arrived with his wife and daughters.

We also spotted actress Manasi Scott (with a bulky suitcase) at the airport. Designer Sabyasachi Mukherjee was also seen exiting the airport - will Priyanka be a Sabyasachi bride too? Many more celebrities from Bollywood and Hollywood are expected to arrive in Jodhpur for the Chopra-Jonas wedding.

Here are pictures from the Jodhpur airport: 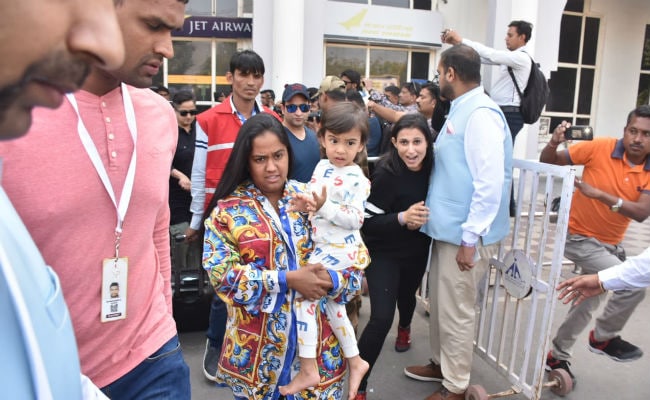 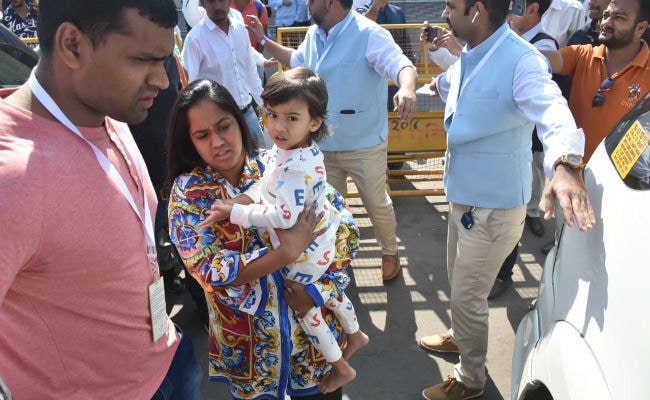 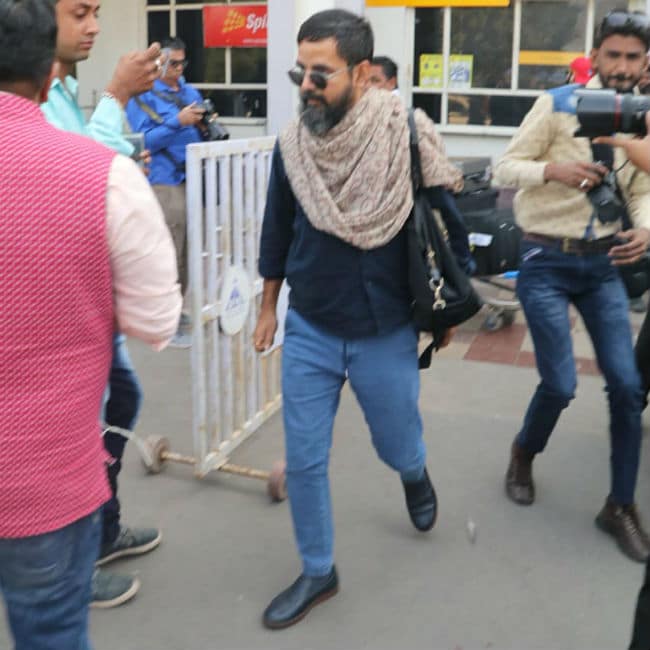 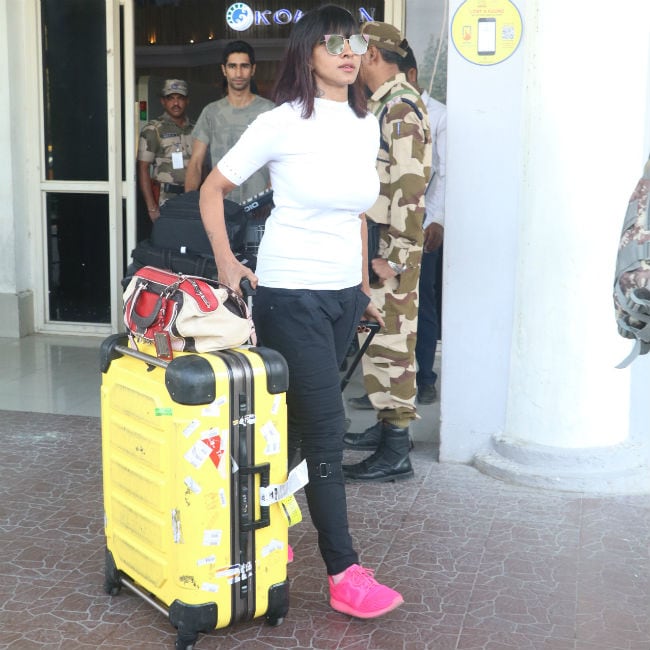 Meanwhile, paparazzi stationed outside Priyanka Chopra and Nick Jonas' wedding venue got thee beautiful pictures of the Umaid Bhawan Palace. The pre-wedding ceremonies will be held in the Mehrangarh Fort but he main ceremony will take place in the palace.

Here are pictures of the Umaid Bhawan palace lit up: 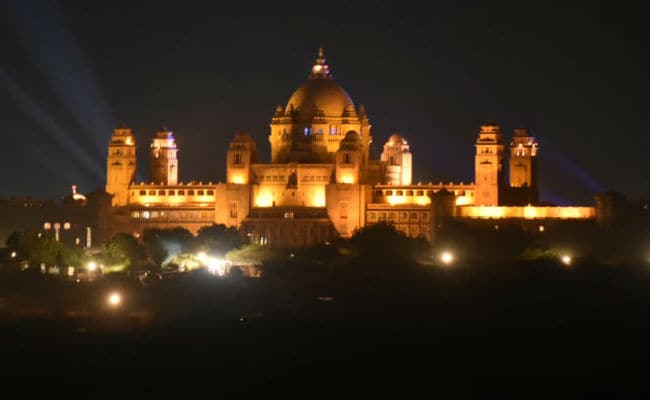 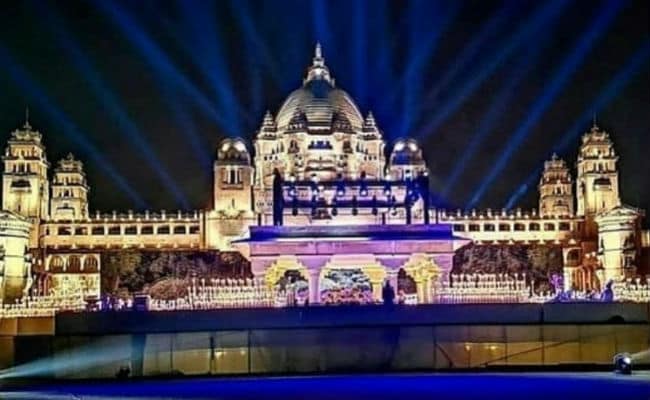 Take a look at this signage outside the venue for the couple: 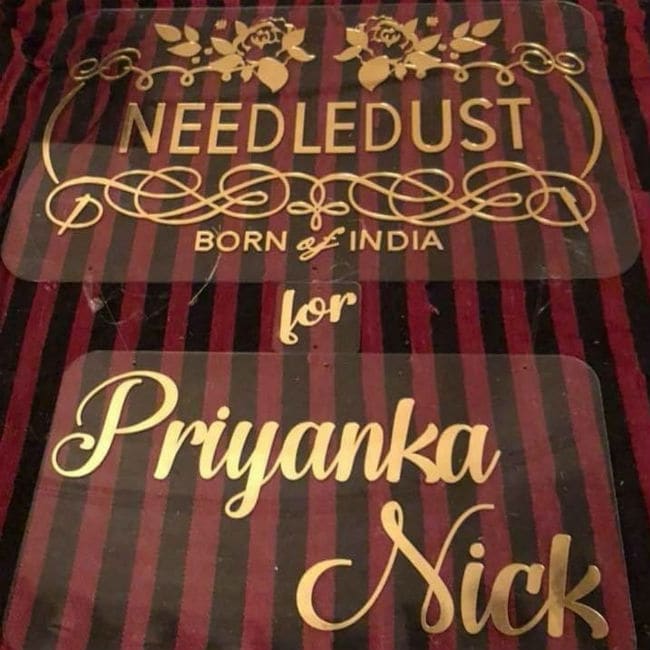 Priyanka and Nick will get married in a Christian ceremony on December 1 followed by a wedding ceremony as per Hindu rituals on December 2.