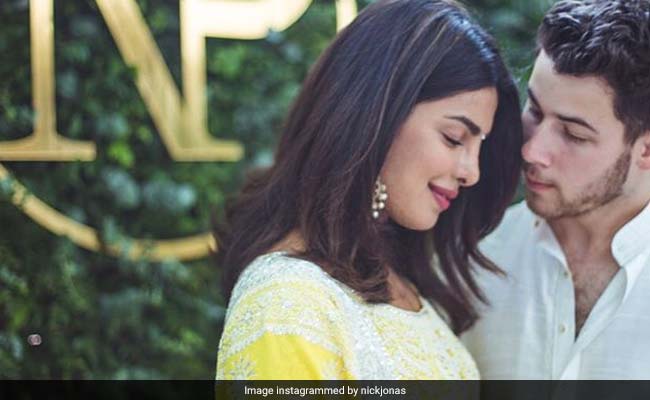 Like Deepika Padukone and Ranveer Singh, it appears that Priyanka Chopra and Nick Jonas have also requested the guests at their Jodhpur wedding to not share pictures from the festivities on social media. However, tidbits from Priyanka and Nick's sangeet ceremony on Friday night have hit the Internet. A guest from the grand wedding told DNA that Priyanka wore an embellished outfit with a kundan and diamond jewellery for the ceremony and the 36-year-old actress also dedicated a special dance performance to Nick, who in turn had a surprise planned for his fiancée. As per the source, Priyanka was emotional after Nicks' special performance.

If we are to believe photographer Joshep Radhik, who is the official photographer (his team posted a picture from the Umaid Bhawan recently) for the Chopra-Jonas wedding, then it was the most "amazing sangeet ceremony." The photographer was previously in-charge of Anushka Sharma and Virat Kohli's wedding photography in Italy and that of Samantha Ruth Prabhu and Naga Chaitanya's wedding pictures in Goa. Mr Radhik posted this message on his Instagram story: "OK. It's been eight years of wedding photography, and tonight I may just have witnessed the most amazing sangeet night of them all. Wow," Joseph posted on his Instagram story. 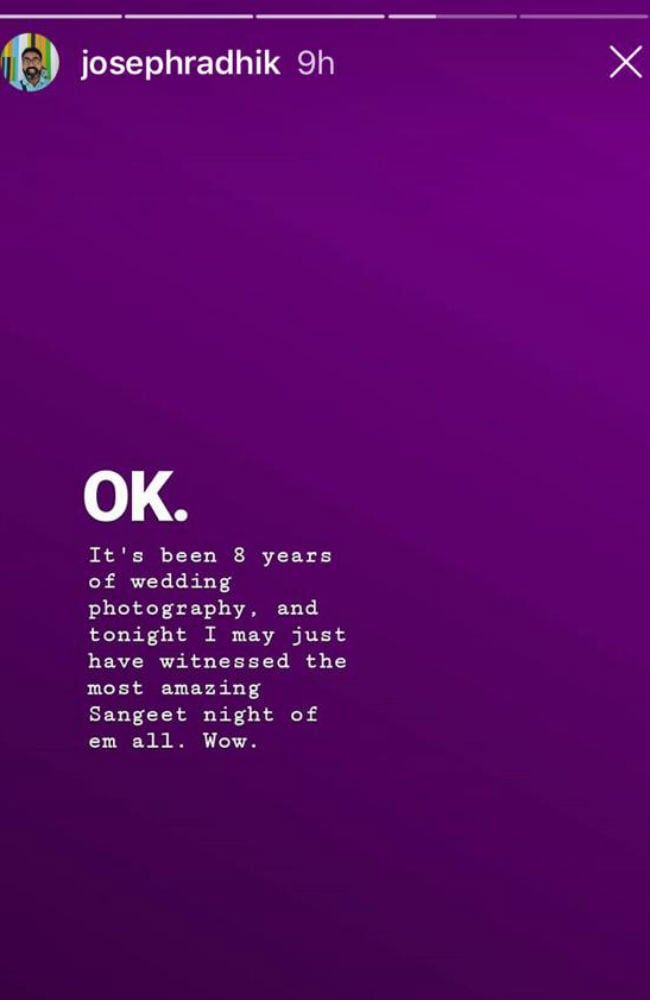 We have fair bit of idea about the guest list. Priyanka and Nick arrived in Jodhpur with their respective families on Thursday while their guests from Bollywood and Hollywood poured in on Friday too. Salman khan's sister Arpita, who is one of Priyanka's close friend, arrived with her son Ahil on Friday morning while the Ambanis - Nita and Mukesh Ambani with Isha, Anant and his rumoured girlfriend Radhika Merchant - arrived on Friday night, all set for the sangeet night.

Priyanka Chopra and Nick Jonas' haldi ceremony is reportedly scheduled for Saturday, which will be followed by a Christian wedding ceremony. Priyanka-Nick's wedding as per Hindi rituals will be hosted on December 2.

Several A-listers from Hollywood are expected to attend the wedding. The reported guest list includes names of Dwayne Johnson (who was Priyanka's co-star in Hollywood film Baywatch), Lupita Nyong'o, Jonathan Tucker and others.

Priyanka Chopra and Nick Jonas formally announced their relationship after their roka ceremony, which took place in August this year.