Priyanka Chopra, shooting for The Sky Is Pink in India, caught up with Janhvi over dinner 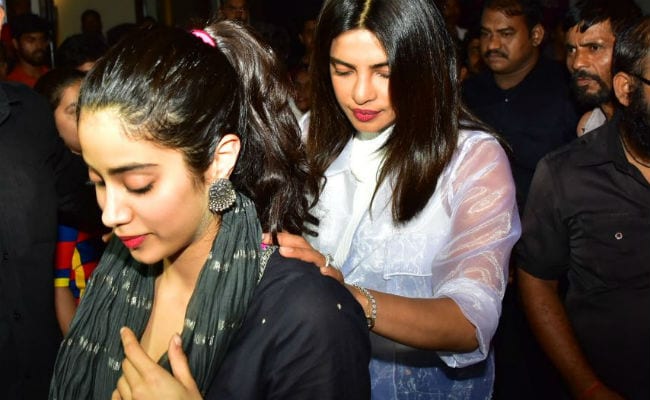 When in India, Priyanka Chopra is using all her free time to catch up with her Bollywood colleagues and the on Thursday it was newcomer Janhvi Kapoor's turn. Priyanka invited Janhvi to celebrate her late father's birth anniversary on Thursday at a suburban Bandra eatery. Janhvi joined Priyanka and her mother Madhu Chopra for the small dinner, where she doubled as a photographer for the Chopras. Priyanka shared photos from the evening on her Instagram stories and she gave picture credit to Janhvi in one picture. Priyanka and Janhvi were mobbed by the paparazzi when they were exiting the restaurant. Priyanka, who had stepped out first, ensured that Janhvi got to her car securely before leaving the place with Madhu Chopra. 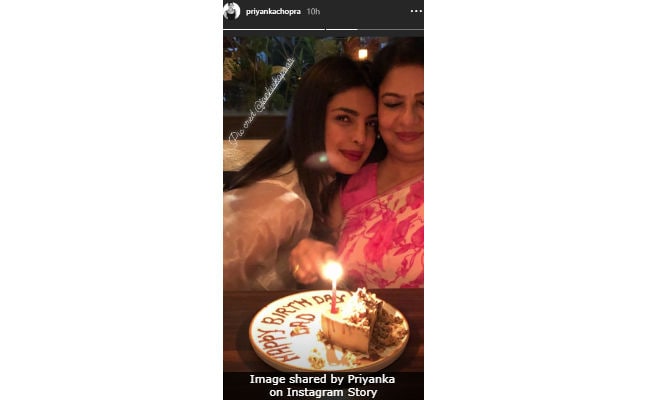 In a video shared by Priyanka's fan clubs, the 36-year-old actress can be seen telling Janhvi: "Give my love to your dad (Boney Kapoor) and sister (Khushi Kapoor)... Take care of yourself." Janhvi is the daughter of late actress Sridevi and Boney Kapoor.

Here are pictures from Priyanka and Janhvi's outing: 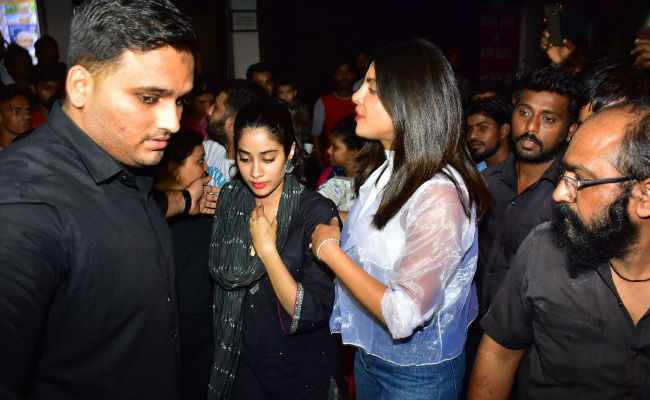 Priyanka Kapoor with Janhvi in Mumbai 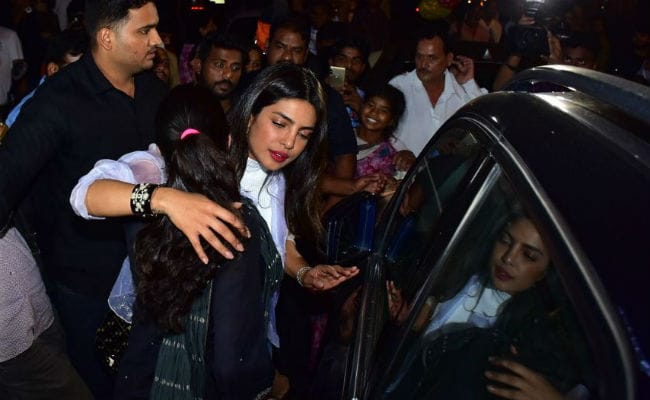 "Take care of yourself," Priyanka told Janhvi before parting ways

For the outing, Priyanka was dressed in denims and a white top which she accessorised with a Fendi side-sling bad and Chanel cuff-bracelet. Janhvi Kapoor, who recently debuted in Bollywood with Dhadak, wore a black suit. Priyanka Chopra and Janhvi outside a restaurant in Bandra

Priyanka Chopra recently featured in headlines after she made her relationship with Nick Jonas official. Pictures from Priyanka and Nick's roka ceremony trended for days. A few days after the roka ceremony and the engagement party (on the same day), Nick Jonas took off for the US with his parents while Priyanka remained in India to complete Shonali Bose's film, titled The Sky Is Pink.

Priyanka hasn't announced her next project after The Sky Is Pink, which is her first Bollywood project in two years. Priyanka Chopra was also supposed to star in Salman Khan's Bharat but she dropped out of the film, after which Katrina Kaif took over from her.

In the two gap years from Bollywood, Priyanka made there Hollywood films - Baywatch (also her debut), Isn't It Romantic? and A Kid Like Jake. Priyanka has reportedly signed Cowboy Ninja Viking opposite Chris Pratt. However, the film has been postponed indefinitely.