"Priyanka Chopra Helped Me Every Step Of The Way": Nick Jonas On Recovering After Bike Accident

"I started this last week by taking a brutal tumble on a bike fracturing my rib and ended it hosting the Billboard Music Awards," wrote Nick Jonas 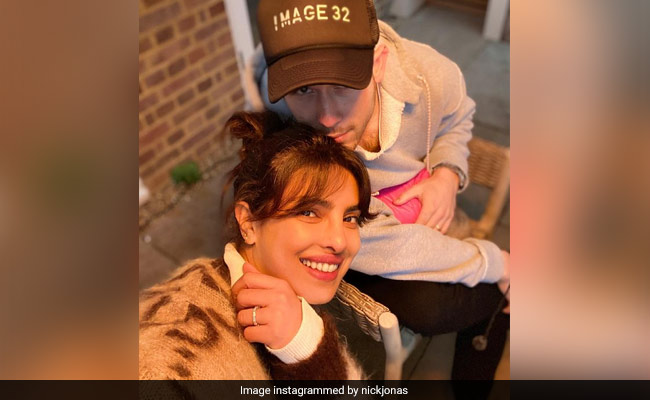 Nick Jonas, who sustained injuries after a recent bike accident, dedicated a heart-warming post to wife Priyanka Chopra for constantly being by his side in the past few days. Nick Jonas had an emotional moment after successfully pulling off the Billboard Music Awards as a host and also as a performer. In an appreciation post for Priyanka, Nick wrote that the past week has been like a whirlwind of events. "I started this last week by taking a brutal tumble on a bike fracturing my rib and ended it hosting the Billboard Music Awards with my incredible wife by my side who helped me every step of the way to recover and feel my best. I love you, Priyanka," wrote the 28-year-old singer.

Nick Jonas' post arrived after a similar one from Priyanka Chopra, who wrote about Nick's undefeated spirit despite the accident: "Husband appreciation post. Not even a cracked rib can stop this force of nature. So proud of you baby. With everything you do! Your work ethic, your pursuit of excellence! You inspire me every day! Crushed it today! I love you so much."

Nick Jonas recently opened up about his bike accident and said that he "took a spill on a bike" and suffered a "cracked rib" and "a few other bumps and bruises", reported E! News. Nick, who rejoined work soon after the accident, was speaking on the sets of singing reality show The Voice. Nick, who features as a coach on the show, also told his colleague Blake Shelton: "I just want to go ahead and say that, in case I'm not as physically enthusiastic as I usually am. But Blake, please don't make me laugh as much, because it kind of hurts to laugh."

Viral: Ariana Grande's Wedding Pics Are Straight Out Of A Fairytale