How cute is this picture of the mother-daughter duo! 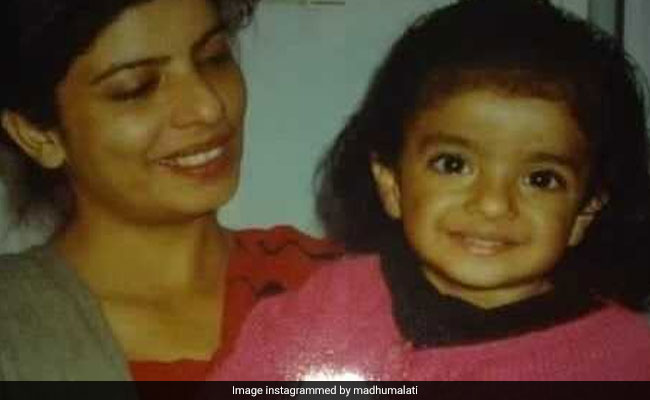 It's Priyanka Chopra's birthday month and her fans can't keep calm but if there's one person who is really excited about the actress' birthday, it is her mother Madhu Chopra. On Wednesday, Madhu Chopra shared an oh-so-adorable picture from Priyanka's childhood days. In the throwback photograph, little Priyanka, dressed in a pink sweater, can be seen smiling with all her heart as she sits on her mother's lap. Madhu Chopra captioned the post "Birthday bumps... Coming up!" The Quantico actress might not have reacted to her mother's post as of now but several fans have flooded the comments section with remarks such as "like mother, like daughter." Another Instagram user wrote: "She always looked gorgeous."

Priyanka Chopra, who was on a vacation is Tuscany along with her husband Nick Jonas had been sharing pictures from her vacation on her Instagram profile. She captioned the post: "Best use of a vacation. The hubby taking pictures. LOL!"

Best use of a vacation. The hubby taking pictures. @nickjonas

Nick Jonas also shared pictures and videos from his and Priyanka's romantic getaway on his Instagram profile. These are the pictures we are talking about:

Madhu Chopra co-owns the production house Purple Pebble Pictures along with Priyanka, as a part of which they have produced regional films such as Ventilator, Kaay Re Rascala, Pahuna, Sarvann and Paani among others.

On the work front, Priyanka will next be seen in Shonali Bose's The Sky Is Pink. The film is reportedly based on Aisha Chaudhary, a motivational speaker who was diagnosed with pulmonary fibrosis at the age of 13. In the film, Priyanka and Farhan Akhtar play parents to actress Zaira Wasim in the film. The Sky Is Pink is slated to release in October this year.