Priyanka Chopra and Nick Jonas are currently in California, where the singer celebrated his 26th birthday 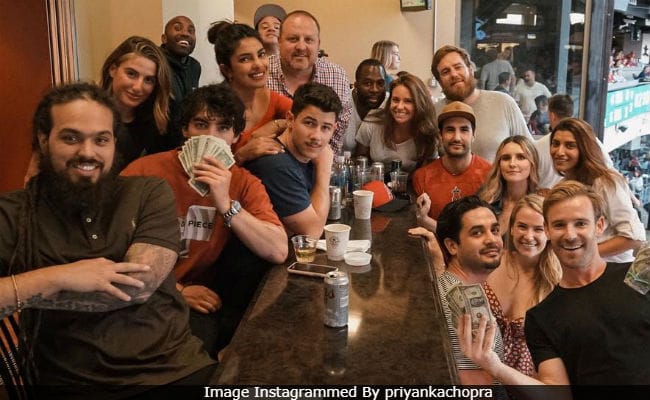 Priyanka Chopra and Nick Jonas are currently in California, where the singer celebrated his 26th birthday. The couple ringed in the celebrations with some of their friends and we also spotted Nick's brother Joe Jonas in the group picture posted by Priyanka. "Birthday Hang," she captioned her post. Priyanka appears to be wearing a rust-coloured outfit while Nick is casually dressed. The photo has been taken at Angel Stadium of Anaheim, where they reportedly watched a baseball match. Meanwhile, on her Instagram stories, Priyanka shared a solo picture of Nick and wrote, "Birthday weekend begins." Take a look at the pictures here. 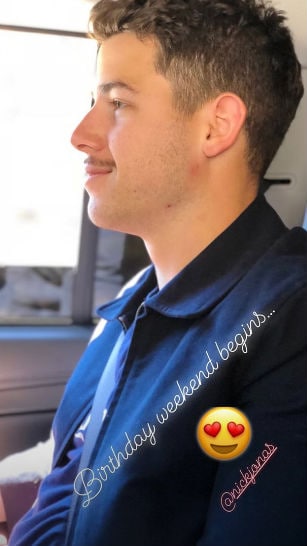 On Friday night, Priyanka shared a photo from an outing with Nick, manager Anjula Acharia and American filmmaker Brian Grazer. Priyanka, who clearly had a lot of fun while hanging out with them, summed up the night in just one photo and wrote, "Fun night. Fun people."

Priyanka Chopra and Nick Jonas apparently dated for a couple of months before getting engaged last month. Several reports stated that Nick had proposed to Priyanka in London in July, where the couple celebrated the actress' 36th birthday.

Meanwhile, Priyanka Chopra made her Hollywood debut last year with Baywatch. She has the cast of American TV show Quantico for three seasons. The Sky Is Pink is Priyanka's next Hindi film while A Kid Like Jake and Isn't It Romantic? are her forthcoming Hollywood films.