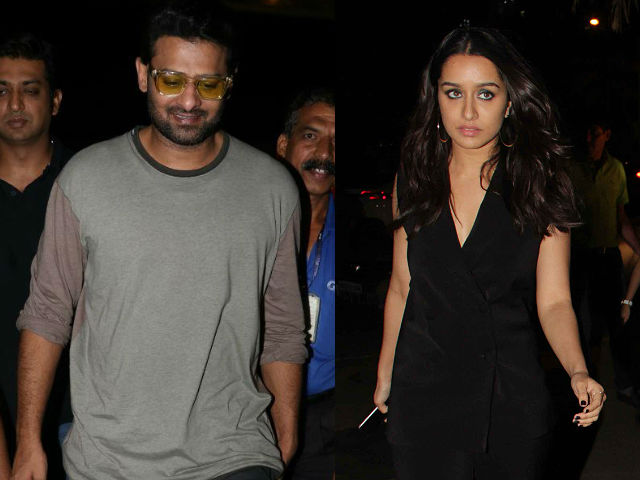 Prabhas and Shraddha Kapoor in Mumbai.

New Delhi: Shraddha Kapoor and Prabhas have reportedly promised to help each other out on the sets of Saaho whenever they begin filming. Saaho is Prabhas' first film in Hindi language while it is Shraddha's first in Telugu. Therefore, Shraddha has promised to help Prabhas with his lines in Hindi and Prabhas will help the actress with her Telugu dialogues, a DNA report stated. "It isn't as though there won't be an official language coach on the sets. There will be. Both Prabhas and Shraddha will have a professional tutor to help them with their language. But Prabhas and Shraddha will converse with each other in Hindi or Telugu depending on which language they are shooting in. It is a pact between them," a source told DNA.

The source also told DNA that Shraddha's dialogues will be dubbed by a professional in Telugu because "audiences in Andhra Pradesh and Telangana are very particular about the diction in Telugu." However, Prabhas' voice will be retained in the Hindi version. In the Baahubali series, actor Sharad Kelkar dubbed for Prabhas in the Hindi version.

Promoted
Listen to the latest songs, only on JioSaavn.com
After her casting in Saaho was confirmed, Shraddha Kapoor expressed her excitement on Twitter. He had tweeted: "So, so excited to be a part of the Saaho team and to be working with Prabhas." Prabhas and Shraddha's Saaho stars Neil Nitin Mukesh and Mandira Bedi as antagonists. The Sujeeth-directed film also stars Jackie Shroff and Chunky Pandey in pivotal roles.