A Saaho Update. Prabhas To Tackle Two Villains In The Film

Mandira Bedi is one of the main antagonists of Prabhas' Saaho. "The one woman amongst a gang of negative characters," she said 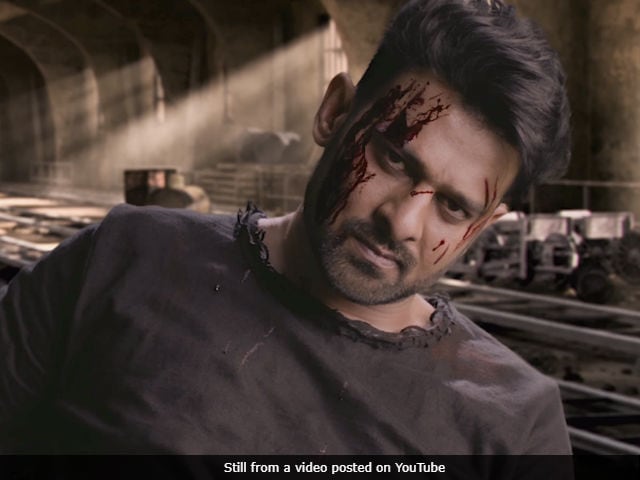 New Delhi: Prabhas' Saaho became twice as exciting with this update. Actress Mandira Bedi told news agency PTI that she has been roped in to play antagonist opposite Prabhas in upcoming film Saaho. The Baahubali star will now fight Neil Nitin Mukesh and Mandira Bedi to fulfil his destiny as the film's hero. Speaking to PTI, Mandira said: "It's a negative character and I am excited about it. The one woman amongst a gang of negative characters. But someone who holds her own in a world of men. It's a great team and will be a great movie." Excited much?

Mandira Bedi will begin filming for Saaho this month in Hyderabad and she reportedly has some action sequences too.

Watch the teaser of Saaho:


Mandira Bedi became a household name after starring in critically acclaimed television show Shanti. In her small screen comeback (of sorts), which was Ekta Kapoor's Kyunki... Saas Bhi Kabhi Bahu Thi, she played a negative role. In between she played the role of demure Preeti in Shah Rukh khan and Kajol's Dilwale Dulhania Le Jayenge and starred in shows like Aurat.

Promoted
Listen to the latest songs, only on JioSaavn.com
Saaho is directed by Sujeeth Reddy and it features Shraddha Kapoor opposite Prabhas. The film also stars Jackie Shroff and Chunky Pandey in pivotal roles. Saaho, which is Prabhas' first film after the successful Baahubali series, will be made in Telugu, Tamil and Hindi.