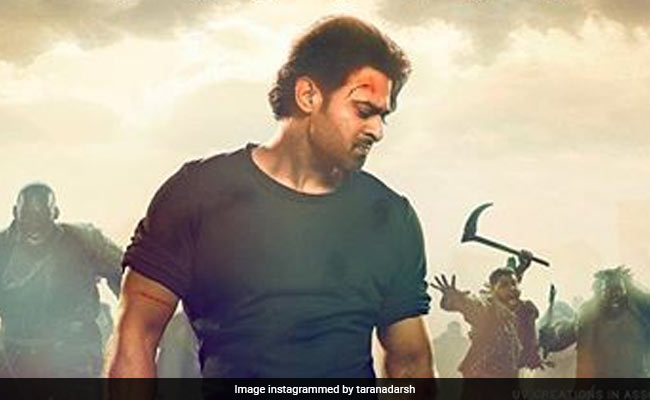 Prabhas in a still from Saaho. (Image courtesy: taranadarsh)

Saaho, a high-octane action film, opened in theatres last Friday to poor reviews. However, because of Prabhas' stardom, the film managed to earn over Rs. 24 crore on its release day alone. Film critic Saibal Chatterjee reviewed the film for NDTV and gave it 1.5 stars out of 5. He wrote: "The film's unrelentingly shrill pitch is aggravated by the ear-splitting background score and its never-ending action set pieces. Saaho has obviously been made by people who have no faith in tonal variations."