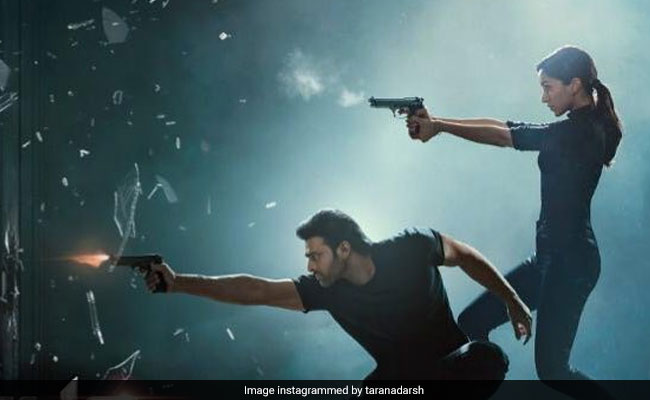 Prabhas' multilingual film Saaho is ruling the box office and how. "Saaho may, like so many other shrill, gory actioners of the recent past, end up make pots of money," wrote NDTV film critic Saibal Chatterjee in his review last Friday and it has. The film, co-starring Shraddha Kapoor, has fetched Rs 79.08 crore within three days of its release, reports Bollywood trade analyst Taran Adarsh. In his tweet, Taran Adarsh described the high-octane action film as setting the "box office on fire." He also revealed that the film has been performing exceptionally well in the northern and eastern regions of the country. The film collected a whopping sum of Rs 29.48 crore on Sunday alone.

Saaho opened last Friday to poor reviews from film critics but, unsurprisingly, the film managed to earn over Rs 24 crore on its release day alone.Saaho, Prabhas' first film after Baahubali 2: The Conclusion, was arguably one of the most-anticipated films of the year. The film also marks Shraddha Kapoor's debut in the Telugu film industry.