Poster Boys Movie Review: It Is the base writing credited to Bunty Rathore and Paritosh Painter that keeps the momentum of the narrative well-greased. With puns, film referenced dialogues, fast-paced dumb repartee and farcical situations the film is a hilarious ride 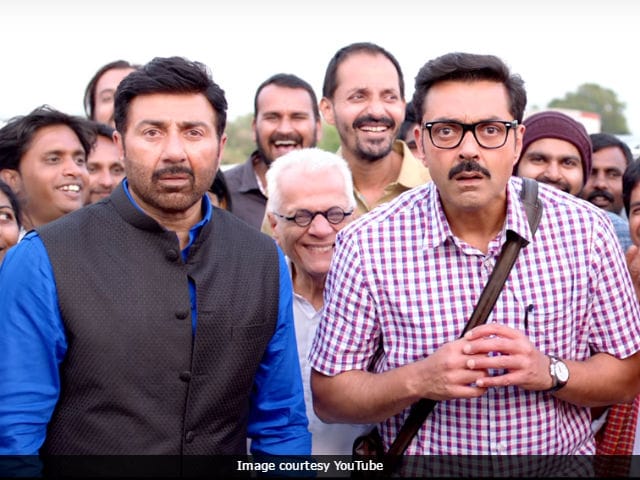 Actor-director Shreyas Talpade's Poster Boys is a screw-ball comedy about three men who find themselves socially ostracised after they feature in a poster promoting a public service campaign on suture-less-vasectomy. Adapted from the 2014 released Marathi film Poshter Boyz, directed by writer-director Sameer Patil, this film is now set in a fictitious village called Jangheti somewhere in North India. Initially on a mysterious note, the plot unravels the lives of the three men -- Jagaavar Chaudhary (Sunny Deol), Vinay Sharma (Bobby Deol) and Arjun Singh (Shreyas Talpade) in a parallel narrative. The selfie obsessed Jagaavar Chaudhary is an ex-army man, now a farmer. He is all set for his sister's engagement, when all of a sudden the ceremony is called off.

Similarly, Recovery Agent Arjun Singh finds himself at tethers-end when his marriage proposal to his girlfriend Riya is called off and school teacher Vinay Sharma finds himself at loose ends when his 'son-fixated' wife Surajmukhi gives him an ultimatum for a divorce.

No obvious reason is spelt out in each case, except that the cause of the mishaps is assigned to the trio's misdeeds.

It is only after they chance upon the objectionable poster that their paths unite. The film is their journey, from being humiliated to inadvertently becoming ambassadors of the campaign.

While the premise is wafer-thin, the frothy plot after a few minutes becomes tedious. But it is the base writing credited to Bunty Rathore and Paritosh Painter that keeps the momentum of the narrative well-greased. With puns, film referenced dialogues, fast-paced dumb repartee and farcical situations the film is a hilarious ride. 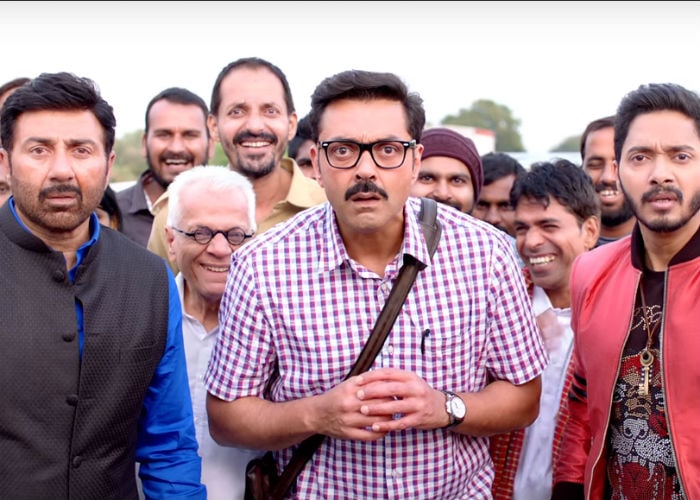 Sunny, Bobby Deol and Shreyas Talpade in a still from the film

The various social messages are astutely integrated, in a light-hearted manner, into the script, thus making the bitter pills more palatable.

Promoted
Listen to the latest songs, only on JioSaavn.com
The performances of the entire cast are loud and over the top. Sunny and Bobby Deol have a rustic charm and they sink their teeth into their characters with natural ease. Bobby Deol's extra mile of histrionics to portray his quirky character seems a bit forced at times. 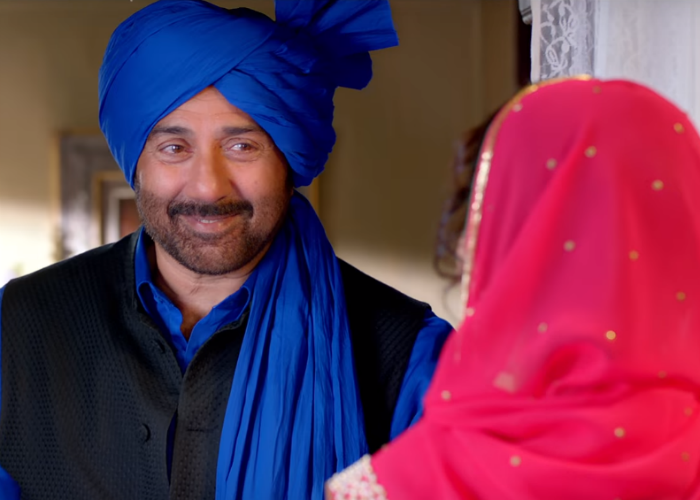 Sunny Deol in a still from the film

Shreyas Talpade as the flamboyant Vinay Sharma seems more of a side-kick than a protagonist. He does stand-out more for his costume than his performance. 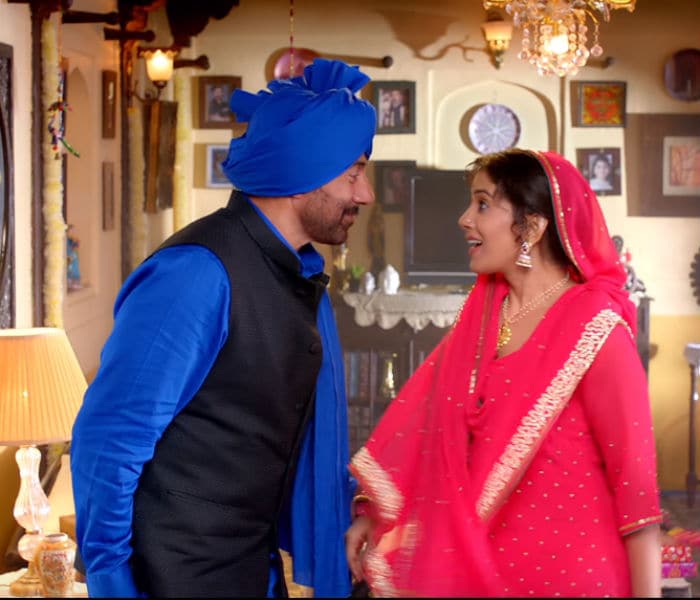 Sunny Deol and Sonali Kulkarni in a still from the film 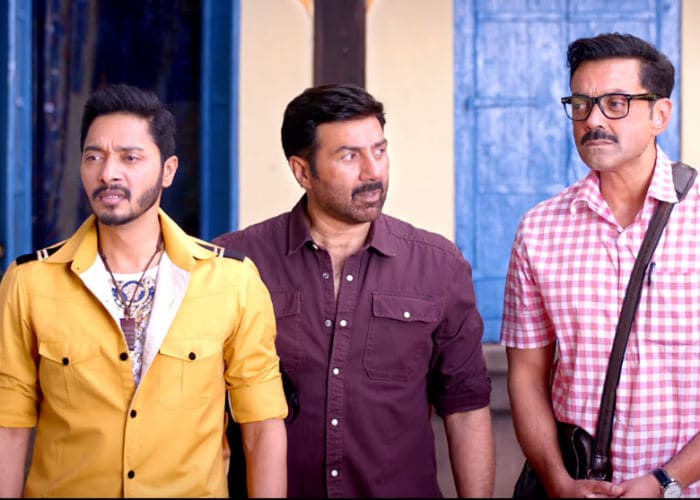 Sunny, Bobby Deol and Shreyas Talpade in a still from the film

Bharati Achrekar as the fiery blind "Amma" is wasted in a cameo.

Technically, sound and made with moderate production values the film offers a convincing appeal. The background score by composer Amar Mohile and the songs choreographed by Ganesh Acharya add life to the jamboree.