'People Can Say Whatever They Like': Ranbir Kapoor On Kangana Ranaut Calling Him 'Irresponsible' Once

"People can talk about me whatever they feel like. I know who I am and what I say," said Ranbir Kapoor 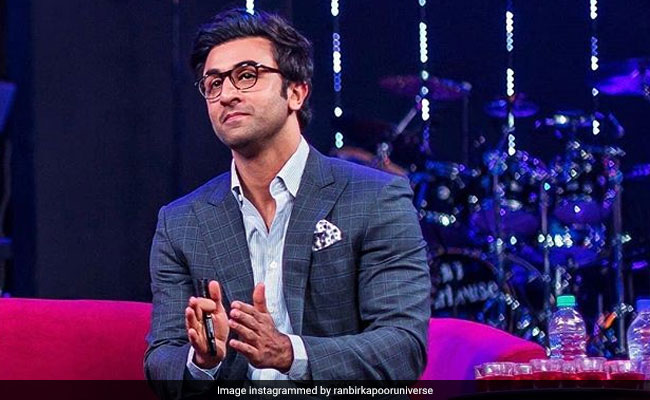 "I know who I am," said Ranbir Kapoor (Courtesy ranbirkapooruniverse)

Ranbir Kapoor has finally responded to Kangana Ranaut's comments about him from earlier this year, in which she tagged him as "irresponsible" for skipping questions on politics. Speaking to news agency IANS at an event recently, the 36-year-old actor said that during interviews, he prefers avoiding controversial queries and said: "If anyone asks me any question, I always try to answer, but I don't have any interest to answer these questions and to get into such kind of controversies." In his response, Ranbir Kapoor did not takes names but appeared to suggest that being talked about in comments such as Kangana's won't change anything for him: "People can talk about me whatever they feel like. I know who I am and what I say," IANS quoted him as saying.

Earlier in March, speaking at the success bash of Manikarnika, Kangana Ranaut termed Ranbir as "irresponsible" for not commenting on the political scenario of India in an interview. "There are few actors in our industry, like Ranbir Kapoor, where he said in an interview that 'We have regular supply of water and electricity at my home so, why should I comment about politics?' But I feel because of this country's people you are living in your luxurious home and you are travelling in your Mercedes so, how can you talk like that? This is irresponsible behaviour and I am not that kind of person," she had said, PTI reported.

Kangana appeared to be referring to a certain mid-day interview of Ranbir Kapoor from last year, when he had said: "Politics makes no difference in my life... I live a luxurious life... I don't have any issues, so who am I to comment on politics?"

While Ranbir may have remained silent about Kangana's remarks until now, Alia Bhatt smartly dealt with queries about the same and said in interviews that not everyone "can't be as candid as her": "I definitely don't have the ability to speak as candidly as Kangana does, and I really do respect her for that and may be in a way she is right. Sometimes we do hold back. My dad (filmmaker Mahesh Bhatt) also says that there are already so many opinions in the world that it can do with one less opinion. So, I have an opinion but I'll keep it to myself. But kudos to her as she genuinely speaks really well," PTI reported Alia as saying.

Meanwhile, Kangana Ranaut has also been trending for a renewed battle with Hrithik Roshan, this time over a box office clash. The makers of Kangana's Mental Hai Kya rescheduled the release day to July 26, same day that Hrithik's Super 30 was supposed to hit screens earlier. However, Hrithik Roshan recently announced that Super 30 has now been shifted to avoid "desecration by a media circus."