Oscars 2021: "So Proud," Writes Priyanka Chopra After The White Tiger Earns A Nod 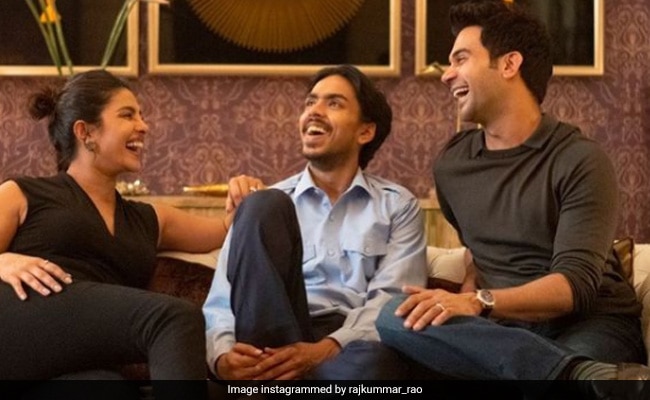 Priyanka Chopra, who announced the Oscars 2021 nominations today with her husband Nick Jonas, is beaming with pride as her film The White Tiger has been nominated in the Best Adapted Screenplay category. Priyanka's pride and happiness has increased several folds as she was the one to announce the nomination. Besides co-starring in the film with Adarsh Gourav (who has received BAFTA nomination for his performance in the film) and Rajkummar Rao, Priyanka has also co-produced it with the film's director Ramin Bahrani, and filmmakers Mukul Deora and Ava DuVernay. A few hours after announcing the nominations, Priyanka expressed her excitement about the nomination in a tweet that read, "We just got nominated for an Oscar! Congratulations Ramin and team #TheWhiteTiger. Somehow announcing the nomination myself made it so much more special. So so proud."

We just got nominated for an Oscar! Congratulations Ramin and team #TheWhiteTiger.
Somehow announcing the nomination myself made it so much more special. So so proud @_GouravAdarsh@RajkummarRao#RaminBahrani

Priyanka's co-stars from the film, Rajkummar Rao and Adarsh Gourav also celebrated the Oscar nod on social media. Rajkummar shared two BTS pictures from the sets of the film and wrote, "We are nominated for the #OSCARS Congratulations #RaminBahrani and team #TheWhiteTiger." The pictures feature Rajkummar with Priyanka, Adarsh and Ramin Bahrani.

The leading actor of the film, Adarsh Gourav has been garnering a whole lot of praise for his performance in the film. After The White Tiger got an Oscar nomination, he shared his happiness on Instagram and wrote "Officially part of an Oscar nominated film! Ramin Bahrani! You are a legend! So proud of the entire team!! Congratulations everyone."

Earlier this month, Adarsh received a BAFTA nomination for his performance in The White Tiger in the Best Actor category. He termed the BAFTA nod as a "surreal" moment for him.

The White Tiger has been directed by Ramin Bahrani who has also adapted its screenplay from Aravind Adiga's bestselling book of the same name. The book received the 2008 Man Booker Prize.

Other nominations in the Best Adapted Screenplay category for Academy Awards 2021 include Florian Zeller's Father, Chloé Zhao's Nomadland, and Regina King directorial One Night In Miami.

The Oscars this year have been slated to take place on April 25 (April 26 for India), two months later than usual because of the pandemic.