Oscars 2021: Mank, Minari, Nomadland and The Trial Of The Chicago 7 all scored multiple nominations for the Academy Awards 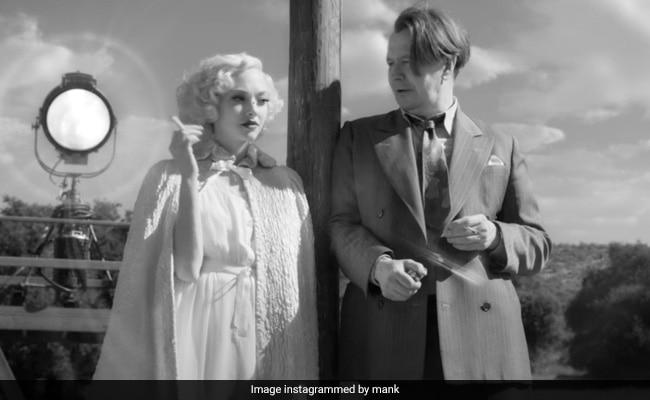 The nominations for the Academy Awards, announced by Priyanka Chopra and husband Nick Jonas, held few surprises. Mank leads the pack with 10 nominations; Nomadland, The Trial Of The Chicago 7, Promising Young Woman and Judas And The Black Messiah. All received multiple nods Chadwick Boseman, who died of cancer last year, is nominated for Best Actor for his performance in Ma Rainey's Black Bottom - he won the Best Actor Golden Globe posthumously earlier this month.  There was big love shown for Minari, a drama about South Korean immigrants in Arkansas in the 1980s. The film scored acting nominations as well as ones for Best Picture and Best Director - six nods in total.

The Oscars were heavily criticised last year for overlooking women in the directing category and actors of colour - both were remedied in this year's list. Chloe Zhao and Emerald Fennell are on the Best Director slate for Nomadland and Promising Young Woman, respectively. Apart from Chadwick Boseman's nomination, the list includes Viola Davis (Ma Rainey's Black Bottom) and Andra Day (The United States Vs Billie Holiday) for Best Actress, and Daniel Kaluuya (Judas And The Black Messiah), Leslie Odom Jr (One Night In Miami) and Lakeith Stanfield (Judas And The Black Messiah) for Best Supporting Actor.

Snubs included Jodie Foster, winner of the Golden Globe for Best Supporting Actress who was overlooked in the Oscar category. Instead, there was a nod for Maria Bakalova, star of the controversial Borat Subsequent Moviefilm.

The Oscars will be held on April 25 (April 26 for India), two months later than usual because of the pandemic. Tyler Perry will receive the honorary Jean Hersholt Humanitarian Award as will the Motion Picture and Television Fund.

Watch Priyanka Chopra and Nick Jonas announcing the nominees for this year's Oscars:

It's #OscarNoms morning! Tune in to see this year's nominees. https://t.co/eY8qjcwXYM

Here are all the nominees.

Judas and the Black Messiah

Vanessa Kirby, Pieces of a Woman

Sacha Baron Cohen (The Trial Of The Chicago 7)

Judas And The Black Messiah

One Night In Miami

The Man Who Sold His Skin (Tunisia)

A Shaun the Sheep Movie: Farmageddon

News Of The World

Fight For You, Judas and the Black Messiah

lo Si (Seen), The Life Ahead

Speak Now, One Night in Miami

Hear My Voice, The Trial of the Chicago 7

If Anything Happens I Love You

News Of The World

Judas and the Black Messiah

The One and Only Ivan