Oscars 2021: All Sorts Of History Was Made, Mostly Good

This list is topped by Chloe Zhao, winner of the Best Director Oscar for Nomadland. Ms Zhao is the first woman of colour to win the award 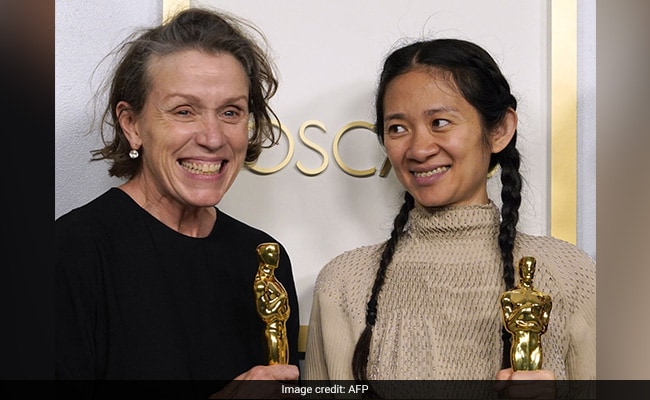 The 93rd Academy Awards, held under unprecedented circumstances, will be remembered for several things - not least for attempting normalcy with an in-person red carpet but also for a slate of history-making wins. This list is topped by Chloe Zhao, winner of the Best Director Oscar for Nomadland. Ms Zhao, who is of Chinese-origin, is the first woman of colour to win the award; she is also only the second woman in the history of the Oscars to have won Best Director - the first was Kathryn Bigelow who was awarded for The Hurt Locker a decade ago. Predictably, Chloe Zhao's momentous win was censored by her home country - all posts naming her or Nomadland were scrubbed from Chinese social media, reported news agency AFP.

Joining Chloe Zhao in the history-making category was Minari star Youn Yuh-jung, winner of the Best Supporting Actress Oscar - Ms Youn is the first Korean winner of an acting Oscar. Her Minari co-star Steven Yeun was nominated for Best Actor, losing to Anthony Hopkins. Korean film Parasite and its director Bong Joon-ho were the big winners at last year's Oscars.

On the subject of Anthony Hopkins - at 83, he is now the oldest winner of the Best Actor Oscar; this is Mr Hopkins's second win - his previous Best Actor Oscar was awarded for 1992 tour de force The Silence Of The Lambs, a role that was noted for its brevity (about 16 minutes of screen time). Anthony Hopkins' win this year was somewhat unexpected despite his outstanding work in The Father as an elderly man grappling with a failing mind and memory; actor Chadwick Boseman, who died of cancer last year, was the favourite to win for his performance in Ma Rainey'sBlack Bottom. Anthony Hopkins, a no-show at the awards ceremony, may also have expected the Oscar to go posthumously to Mr Boseman.

Nomadland star Frances McDormand joined a select club of Oscar winners with her third Best Actress win. Ms McDormand is the seventh actor to have won three or more Oscars, the fourth woman after Katharine Hepburn, Ingrid Bergman and Meryl Streep. The male stars in this elite squad are Daniel Day-Lewis, Jack Nicholson and Walter Brennan. The record of records is held by Katharine Hepburn, winner of four acting Oscars, all of them for Best Actress; the other six have three Oscars each.

Glenn Close also made history at the Oscars this year and not in a good way - Ms Close, nominated in the Best Supporting Actress category for Hillbilly Elegy, is now tied with Peter O'Toole for the most number of acting nominations (8) without a single win. Glenn Close was considered a shoo-in for Best Actress in 2019 when she was nominated for The Wife - she lost to The Favourite star Olivia Colman; both Ms Close and Ms Colman lost this year to Youn Yuh-jung.

Golden Globes 2022: Full List Of Winners - The Power Of The Dog Wins Big