Zhao follows in the footsteps of Kathryn Bigelow, who broke the glass ceiling for woman directors in 2010 when she won the prize for The Hurt Locker. 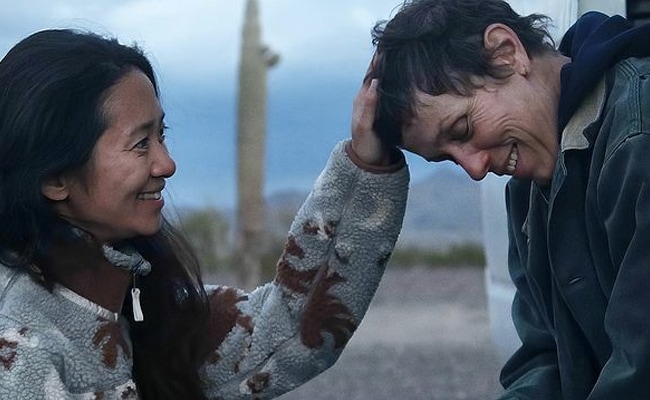 Chloe Zhao, the Beijing-born filmmaker whose indie movies chronicle life in the US heartland, on Sunday became only the second woman ever to win best director in the Oscars' 93-year history.

The diminutive 39-year-old wowed Academy voters with her third film "Nomadland," a semi-fictional drama about the hidden community of older, van-dwelling Americans who call the open road their home.

Zhao follows in the footsteps of Kathryn Bigelow, who broke the glass ceiling for woman directors in 2010 when she won the prize for "The Hurt Locker."

"I have always found goodness in the people I met, everywhere I went in the world," Zhao told the limited audience at the gala in Los Angeles.

Born Zhao Ting to a wealthy Chinese steel company executive, the director left China as a teen to attend a British boarding school before finishing her education in Los Angeles and New York.

But Zhao soon fell in love with her adopted US homeland's wide and wild rural spaces -- "Nomadland" is just her latest love letter to the spectacular landscapes of sparsely populated "fly-over" states like South Dakota and Nebraska.

Zhao stumbled upon images of the Lakota Indian homeland by chance while at film school in New York.

Feeling disconnected overseas in her late 20s, and deciding that she couldn't make a better film about the Big Apple than "the ones that have already been told," Zhao decided to "go west."

Her first film "Songs My Brothers Taught Me," about a teen dreaming of a life beyond the Pine Ridge Indian Reservation, saw her spend months immersed in the remote indigenous Midwestern region.

The film earned festival prizes but Zhao's breakthrough came two years later with "The Rider," another quasi-Western filmed in Pine Ridge and the nearby Badlands National Park.

In both films, Zhao cast non-actors to play semi-fictionalized versions of themselves -- a process she says began by necessity as an unknown director, but which helped her to "build the world that I was entering."

"The Rider" was conceived after Zhao met a cowboy who had badly injured himself but refused to quit the rodeo -- Brady Jandreau, who stars as "Brady Blackburn."

"I find that I often need their help... I often go to the periphery of society and I don't know those places enough," she recently said.

In "Nomadland," based on Jessica Bruder's non-fiction book about transient Americans living off the grid in worn-out vans following the Great Recession, many characters also play versions of themselves.

But Zhao also directed her first bona fide acting superstar in Frances McDormand, who was up for her third acting Oscar on Sunday.

That experience may have proven useful in making her next film -- "Eternals," a mega-budget blockbuster set within the record-grossing series of Marvel superhero movies.

"The jump from 'The Rider' budgetarily to 'Nomadland' feels like the jump from 'Nomadland' to 'Eternals'," said Zhao of the ensemble event movie starring Angelina Jolie and Salma Hayek, due out later this year.

Key to the success of "Eternals" will be its performance in Zhao's ancestral homeland -- "Avengers: Endgame," an earlier title in the Marvel series, took an astonishing $630 million in China.

But Zhao's reputation in China is complicated, with state media initially calling her "the pride of China" before nationalists pounced on old media interviews in which she appeared to criticize and distance herself from the nation.

Zhao has not addressed the controversy directly, but recently said it would be "another few years" before she would dare to tackle her childhood roots on screen.

"I feel like I would have to think about teenage angst and all that stuff, and back home," she said. "It's going to take another few years. I think I need to mature more, to not be afraid to look at myself."

For now, she now lives in rural California's hippie-inflected Ojai with her British cinematographer husband and two dogs.

And in a sign she may be leaving her indie roots behind, Zhao's next project after "Eternals" will be a futuristic sci-fi Western version of "Dracula."