BAFTA 2021: The White Tiger, which is Ramin Bahrani's adaptation of Aravind Adiga's Man Booker Prize-winning debut novel of the same name, has also been nominated in the Best Adapted Screenplay category 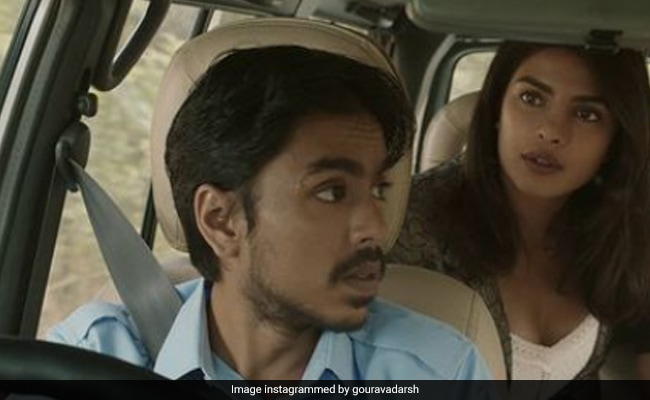 The final nominations for this year's BAFTAs were announced on Tuesday and Adarsh Gourav earned a nod in the Best Actor category for his performance in Ramin Bahrani's film The White Tiger, also starring Priyanka Chopra and Rajkummar Rao. Needless to say, after the nominations were announced, Adarsh Gourav got a big shout-out from co-star Priyanka, who is also an executive producer of the film. The White Tiger, which is Ramin Bahrani's adaptation of Aravind Adiga's Man Booker Prize-winning debut novel of the same name, has also been nominated in the Best Adapted Screenplay category.

In a tweet on Tuesday evening, Priyanka wrote: "What a proud moment for Indian talent with 2 BAFTA nominations for an ALL INDIAN STAR CAST! Ecstatic for you, Adarsh Gourav, you are so deserving of this recognition, and congratulations #RaminBahrani, so well deserved." In a subsequent tweet, she added: "I feel extremely proud to have been an executive producer on this movie! Let's get it!"

The longlist of the British Academy of Film and Television Arts (BAFTA) were announced last month and Priyanka Chopra was on the Best Supporting Actress longlist for her role in The White Tiger, which made it to seven categories at that time, including the Best Cinematography and Best Editing.

I feel extremely proud to have been an executive producer on this movie! Let's get it!!#TheWhiteTiger@_GouravAdarsh@RajkummarRao#RaminBahrani@mukuldeora@netflix

It's hard for Adarsh Gourav to believe that he has been nominated in the Best Actor category for BAFTAs. "Holy shit, it's really happening! Thank you Ramin for trusting me to play the character that has given me more than anything I've ever experienced," he wrote on Instagram and added: "Congratulations to the team for two BAFTA nominations! Best adapted screenplay and Leading actor. Congratulations to all the other nominees too!"

In The White Tiger, Priyanka Chopra and Rajkummar Rao play the roles of a rich married couple, return to India from the US for their business. Adarsh Gourav plays the role of their poor driver Balram Halwai, who, after an accident, rebels and writes his own destiny.