BAFTA 2021: Priyanka Chopra is on the Best Supporting Actress longlist for her role in The White Tiger 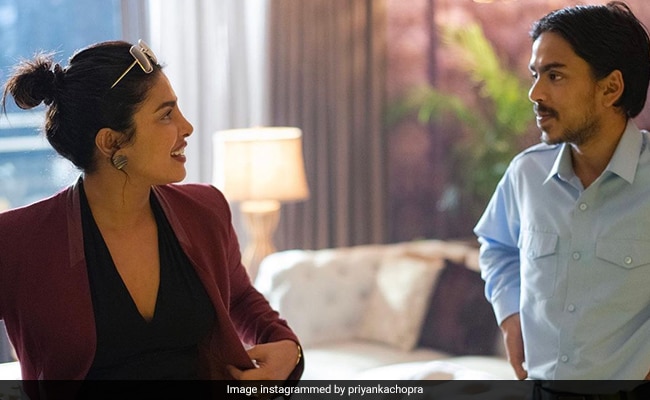 The longlists for this year's BAFTAs were announced on Thursday and Ramin Bahrani's recently-released film The White Tiger, starring Priyanka Chopra, Adarsh Gourav and Rajkummar Rao, made it to several categories, including the Best Film, Best Actor and Best Director. Priyanka Chopra is on the Best Supporting Actress longlist for her role in The White Tiger while Adarsh Gourav made it to the British Academy of Film and Television Arts' longlist for the Best Actor for his performance in Ramin Bahrani's film. Apart from the Best Film and the Best Director longlists, The White Tiger is also selected for the Best Adapted Screenplay, Best Cinematography and Best Editing.

Giving a major shout-out to her cousin Priyanka Chopra, actress Parineeti Chopra tweeted this on Thursday evening: "Ladies and gentlemen MEET MY BAFTA LONGLIST SISTER! Can't wait for this to happen!"

In The White Tiger, Priyanka Chopra and Rajkummar Rao play the roles of a rich married couple, who have been living with their family in India after returning from the US for their business. Adarsh Gourav plays the role of their poor driver named Balram Halwai, who, after an accident, rebels and becomes a master of his own.

After a few rounds of voting, the final list of nominations for BAFTAs will be announced on March 9. The BAFTA Awards will take place on April 11. It usually takes place before April but was postponed due to the COVID-19 pandemic.

As per BAFTA, 122 performances for the Best Actor category were submitted for consideration and out of the 15 performances that have made it to the longlist, only six will be nominated.

Check out some of the longlists here:

One Night In Miami...

The Trial of the Chicago 7

One Night In Miami...

The Trial of the Chicago 7

Vanessa Kirby, Pieces of a Woman

Sophia Loren, The Life Ahead

Kingsley Ben-Adir, One Night In Miami...

Tom Hanks, News of the World

Mads Mikkelsen, Another Round

Ellen Burstyn, Pieces of a Woman

Helena Zengel, News of the World

Sacha Baron Cohen, The Trial of the Chicago 7

Frank Langella, The Trial of the Chicago 7

Eddie Redmayne, The Trial of the Chicago 7

Mark Rylance, The Trial of the Chicago 7

David Attenborough: A Life on Our Planet

All In: The Fight For Democracy

David Attenborough: A Life on Our Planet

The Truffle Hunters Round Two voting, to determine the nominations in the member-voted categories, will open between Friday 19 February and Monday 1 March 2021.