Priyanka Chopra's BAFTA look got its first shout-out from husband Nick Jonas, who thought Priyanka looked a bit too fiery. 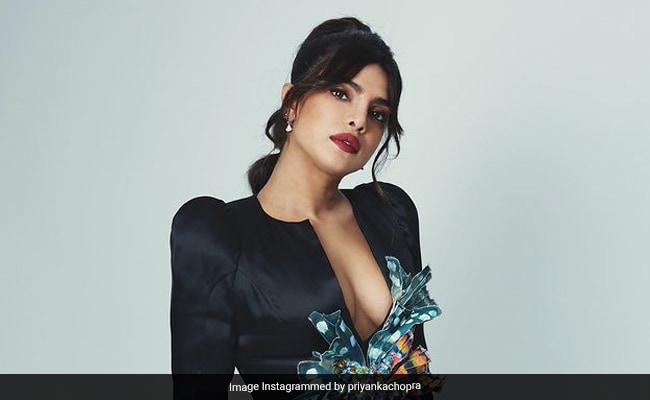 So, Priyanka Chopra decided to be femme fatale for the BAFTA Awards and then had an outfit change and turned up on the red carpet in red and white. Priyanka flooded her Instagram with glimpses of both her looks for the BAFTA Awards on Instagram and fans are smitten. Not only fans but also some of Priyanka's colleagues dropped encouraging comments for the actress, cheering for her interesting sartorial choices. On Priyanka's photo in black separates, actresses such as Esha Gupta and Athiya Shetty posted the heart-eyed emojis. Meanwhile, Anaita Shroff Adajania, Fashion Director of Vogue India, approved of Priyanka's look and wrote "stunning." 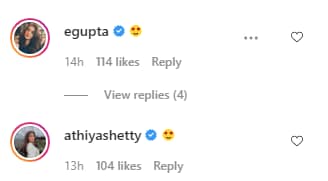 However, Priyanka Chopra's BAFTA look got its first shout-out from husband Nick Jonas, who thought Priyanka looked a bit too fiery. Nick Jonas' comment has over 1,360 likes.

To simplify Priyanka Chopra's black outfit, she styled a skirt and a blouse with a plunging neckline and an exaggerated butterfly motif. All from the studios of designer Ronald van der Kemp. Courtesy for Priyanka's jewellery goes to Bulgari.

Meanwhile, here's how Priyanka Chopra and Nick Jonas turned heads on the socially distant BAFTA Awards. For the red carpet look, Priyanka combined a red jacket with white flowy pants from Pertegaz couture and a chunky pendant to balance the look.

Priyanka Chopra was one of the presenters at the 74th edition of the BAFTA Awards - she was accompanied by her husband Nick Jonas. Priyanka and Nick are currently living in London. Last month, Priyanka and Nick also announced the Oscar nominations.