Oscars 2018: Leaving On A Jet Ski - The 'Real Prize,' For Keeping Speech Short

Oscars 2018: "Why waste precious time thanking your mom when you could be taking her for the ride of her life on a brand new jet ski?" said Jimmy Kimmel 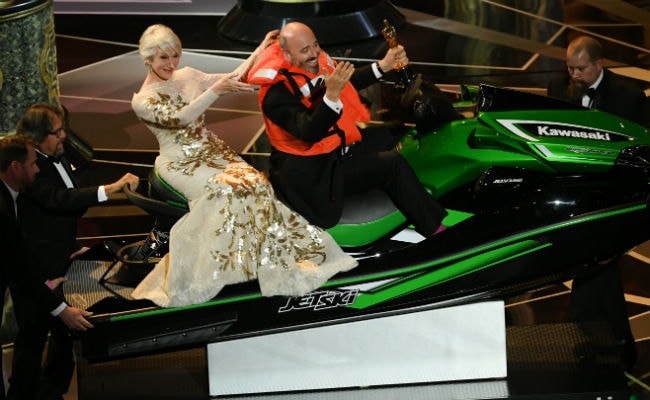 New Delhi: The Oscars on Sunday night had packed a couple of surprises, one of them being a shocking-green jet ski, which rubbed shoulders with the Oscar statuettes in the awards' storeroom. If you're wondering what's going on, Jimmy Kimmel has got you covered. The Oscars kicked off at the Dolby Theatre in Los Angeles with the host's opening monologue. Before the first presenters were called on stage, he declared that brief acceptance speeches are more than welcome this season. He also said that the one to have delivered the shortest speech will win a jet ski worth $17,999 - we had Helen Mirren displaying the specifics of the jet ski, when Jimmy quipped that the 72-year-old actress is "not included" as part of the deal.

This is what Mr Kimmel said: "This is a really long show. So, here's what we are going to do. Not saying we shouldn't do long speech but whoever gives the shortest speech tonight, will go home with.." a jet ski.

Yes, a jet ski, my friends. "Why waste precious time thanking your mom when you could be taking her for the ride of her life on a brand new jet ski?" added the host.

Sometime in between the show, Jimmy made another additional offer - now, the shortest speech giver would also win a trip to Lake Havasu. "I feel like some of you aren't taking the jet ski thing as seriously as I had hoped," he said before extending the offer. But almost all winners appeared to be vying for the jet ski in some way or the other, take Sam Rockwell, the first winner of the night, for example. "Run that clock Jimmy. I want to get that ski jet or whatever that was," he said before his speech. Sam Rockwell won the Best Supporting Actor Oscar for his role in Three Billboards Outside Ebbing, Missouri. 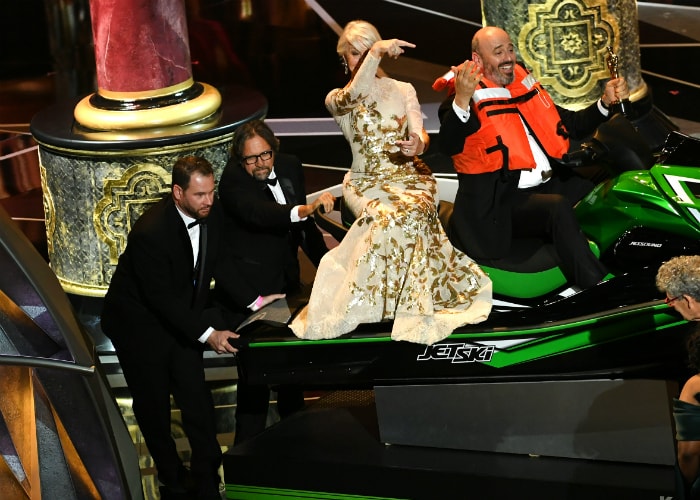 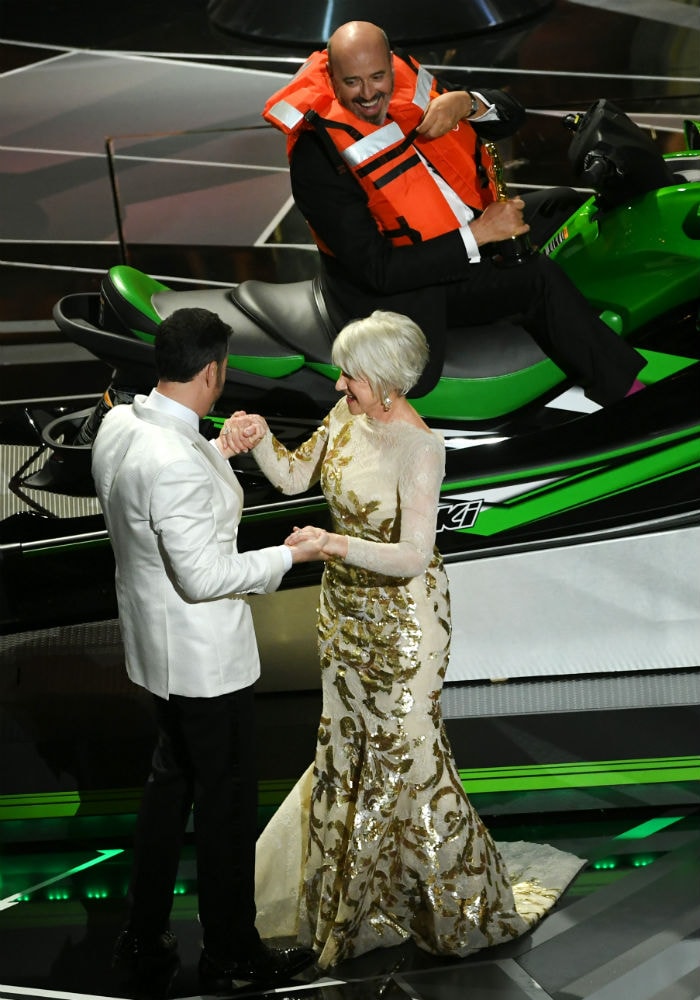 Jimmy Kimmel did live up to his promise and the audience witnessed costume designer Mark Bridges go home with double wins - an Oscar for the Best Costume design for Phantom Thread and the jet ski. His acceptance speech was only 36 seconds long, said Jimmy Kimmel, who appeared to monitor speeches with a stopwatch.

Soon after The Shape Of Water was announced to have won the Best Picture Oscar (the final award for the night, or so it seemed), Mark Bridges was announced as the other "big winner" of the night. "Congratulations to all our nominees and winners and to the winner of the jet ski, which is the real big prize of the night," announced Jimmy Kimmel. Soon, Mark Bridges and Helen Mirren arrived on stage, seated on the jet ski.

Take a look how a jet ski stole some of the limelight at the Oscars.

Congratulations to #PhantomThread costume designer Mark Bridges on the shortest speech of the night! Enjoy your new jet ski! #Oscars#LakeHavasupic.twitter.com/O3mnTxqcZp

The Oscars were held at the Dolby Theatre in Los Angeles on Sunday evening, which was Monday morning in India. The Shape Of Water was the winner of Best Picture while Gary Oldman and Frances McDormand took home the Best Actor and Best Actress prizes for Darkest Hour and Three Billboards Outside Ebbing, Missouri, respectively.
Comments
oscars2018jet ski jimmy kimmel