Oscars 2018: The Shape Of Water was the biggest winner at the Oscars this year with four wins 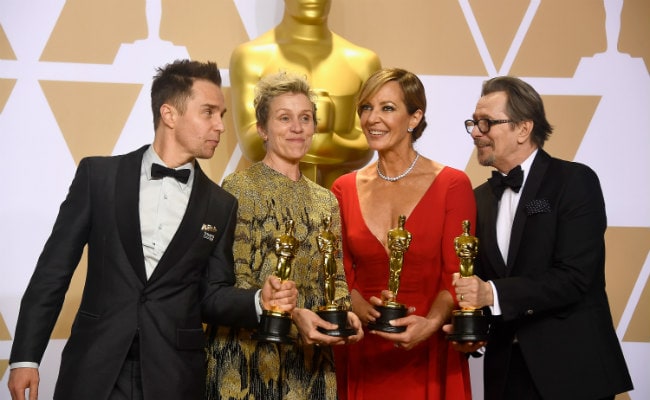 New Delhi: Guillermo del Toro's The Shape Of Water was the biggest winner at the 90th Academy Awards, winning in four of the 13 categories it was nominated in. The film's Oscar tally included two biggies - Best Picture and Best Director. Frances McDormand won her second Best Actress Oscar for her performance as a tenacious mother fighting to have her daughter's rapist and murderer found in Three Billboards Outside Ebbing, Missouri. She delivered a rousing, crowd-pleasing speech - "Look around, ladies and gentlemen. We all have stories to tell and projects we need financed. Invite us into your office in a couple days - or you can come to ours, whichever suits you best - and we'll tell you all about them." In the audience, the women - Meryl Streep included, were on their feet.

The Best Supporting Actor Oscar was seen to be something of a three horse race between Frances' Three Billboards Outside Ebbing, Missouri co-star Sam Rockwell, The Florida Project's Willem Dafoe and All The Money In The World's Christopher Plummer. Sam Rockwell repeated his Golden Globe win, in a category that also included Woody Harrelson from the same film.

The other big films scored a win each - Call Me By Your Name, Phantom Thread and Get Out, which won its African-American director and writer Jordan Peele a historic Oscar for Best Original Screenplay.

Jimmy Kimmel returned as the host for the second year in a row - the first host since Billy Crystal to do so. Warren Beatty and Faye Dunaway were asked back to present the Best Picture Oscar again despite last year's envelope mix-up - this time, it went okay.

Promoted
Listen to the latest songs, only on JioSaavn.com
Here's the complete list of winners: