Oscars 2018 Highlights: The Shape Of Water is the biggest winner with 4 Oscars, followed by Dunkirk and Three Billboards Outside Ebbing, Missouri. Oscars 2018: The Shape Of Water is directed by Guillermo del Toro (Courtesy: shapeofwatermovie))

New Delhi: The 90th Academy Awards ended with a bang with The Shape Of Water winning best Film and Best Director (for Guillermo del Toro) prizes apart from two others. Three Billboards Outside Ebbing, Missouri, which was The Shape Of Water's major competitor won two awards - Best Actress for Frances McDormand and Best Supporting Actor for Sam Rockwell. Christopher Nolan's Dunkirk was the second top winner of the Golden night in California. For Gary Oldman (Darkest hour) and Allison Janney (I, Tonya) it was a clean sweep as they won Best Actor and Best Supporting Actress awards respectively after winning at Golden Globes and BAFTA earlier this year.

The Academy Awards, like the Grammys and Golden Globes before it, included the 'Me Too' and 'Time's Up' campaigns in speeches. 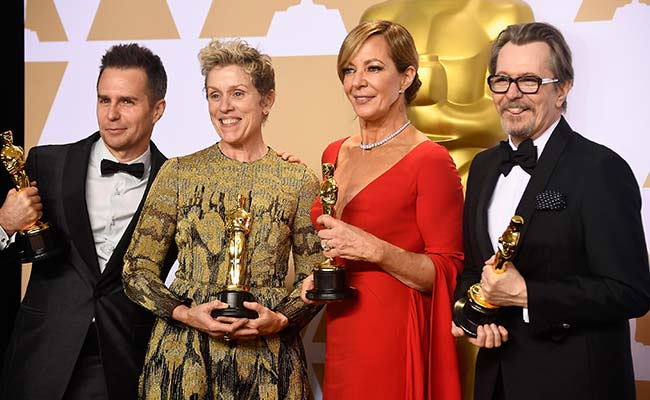 Mar 05, 2018 10:23 (IST)
"Look around, ladies and gentlemen. We all have stories to tell and projects we need financed. Invite us into your office in a couple days - or you can come to ours, whichever suits you best - and we'll tell you all about them." - Frances McDormand, winning her second Best Actress Oscar. In the audience, the women - Meryl Streep among them - are on their feet 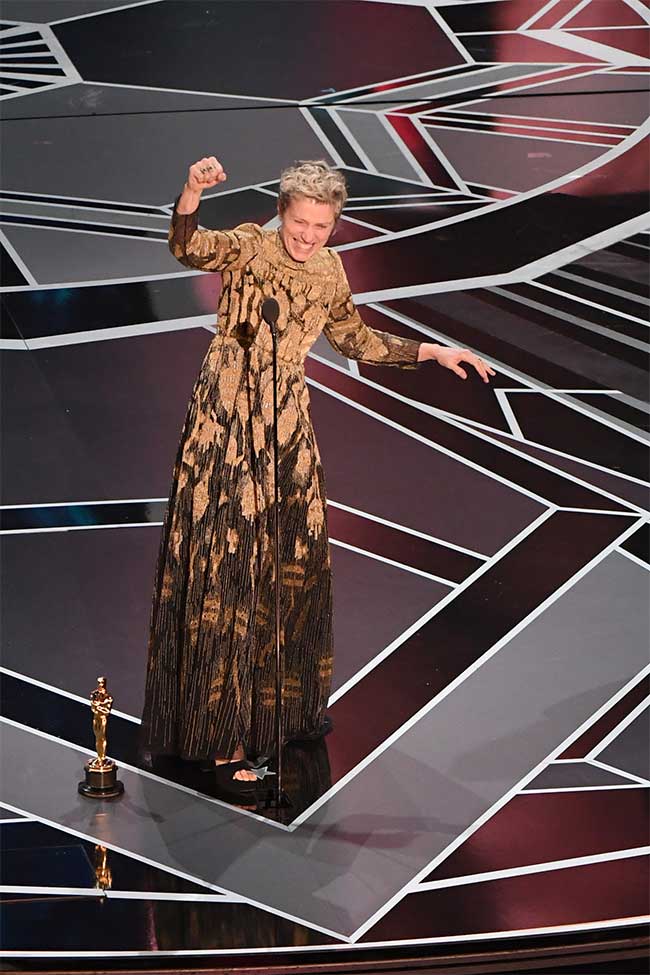 Mar 05, 2018 10:19 (IST)
No flub this time, it seems. The Shape Of Water is the biggest winner of the show with 4 Oscars, including Best Picture and Best Director

And the winner of the jet ski for the shortest speech - Mark Bridges, winner of the Oscar for Best Costume Design for Phantom Thread
Mar 05, 2018 10:16 (IST)
The biggie - The Shape Of Water wins Best Picture

Mar 05, 2018 10:11 (IST)
"Nothing could possibly go wrong from here on" - Envelopegate is 'PriceWaterhouse under the bridge' - quips Jimmy Kimmel

Warren Beatty and Faye Dunaway get a second chance at presenting the Best Picture Oscar
Mar 05, 2018 10:09 (IST)
Frances wins, in more ways than one

I'm not crying at Frances McDormand's speech, you are 😭😭😭😭😭 #girlpower#Oscars90

Frances, man. I've never used "forever mood" not mockingly before. That is obviously a speech for the annals. #Oscars 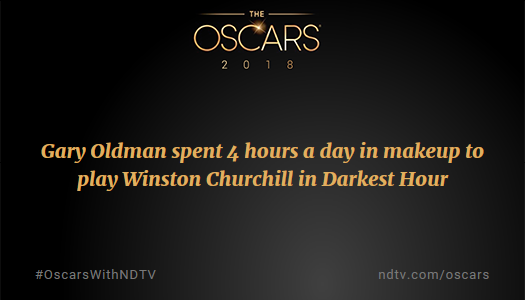 Mar 05, 2018 09:55 (IST)
This is Gary Oldman's second nomination and first win - likely to be controversial because of past domestic abuse allegations
Mar 05, 2018 09:54 (IST)
And the Best Actor Oscar goes to Gary Oldman for Darkest Hour

Mar 05, 2018 09:28 (IST)
Christopher Walken presents the Oscar for Best Original Score
Mar 05, 2018 09:23 (IST)
Keala Settle singing This Is Me from The Greatest Showman is the show's last performer, except for one - Eddie Vedder will perform a special tribute
Mar 05, 2018 09:22 (IST)
Blade Runner 2049's Roger A Deakins wins Best Cinematography (in which category a woman was nominated for the first time ever

Warren Beatty and a PWC rep are locked in the green room, practicing envelope handoffs hundreds of times. Faye Dunaway sits nearby with an air horn, trying to throw them off.

Time's up but not for Kobe! 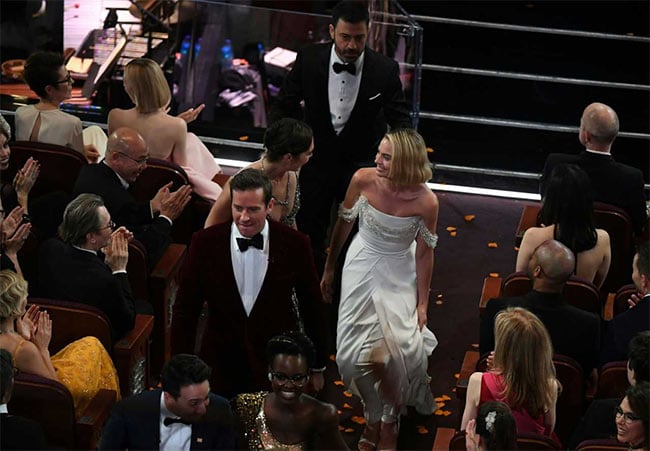 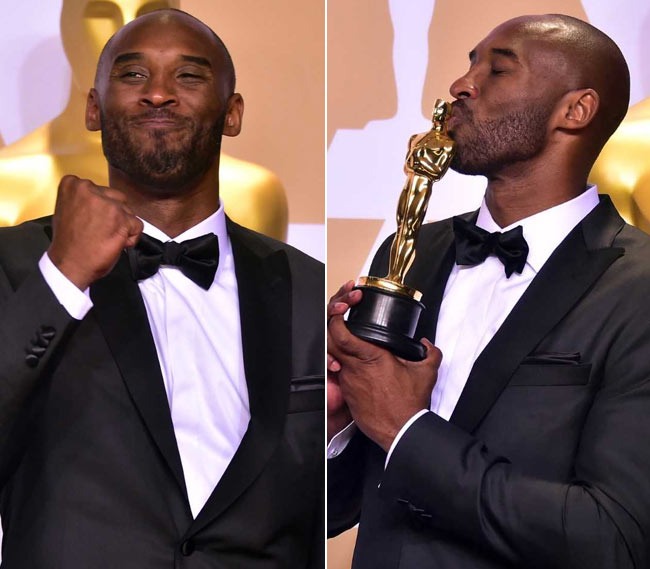 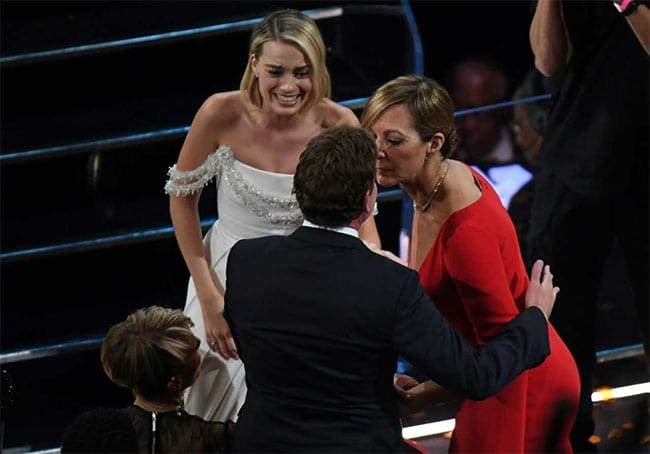 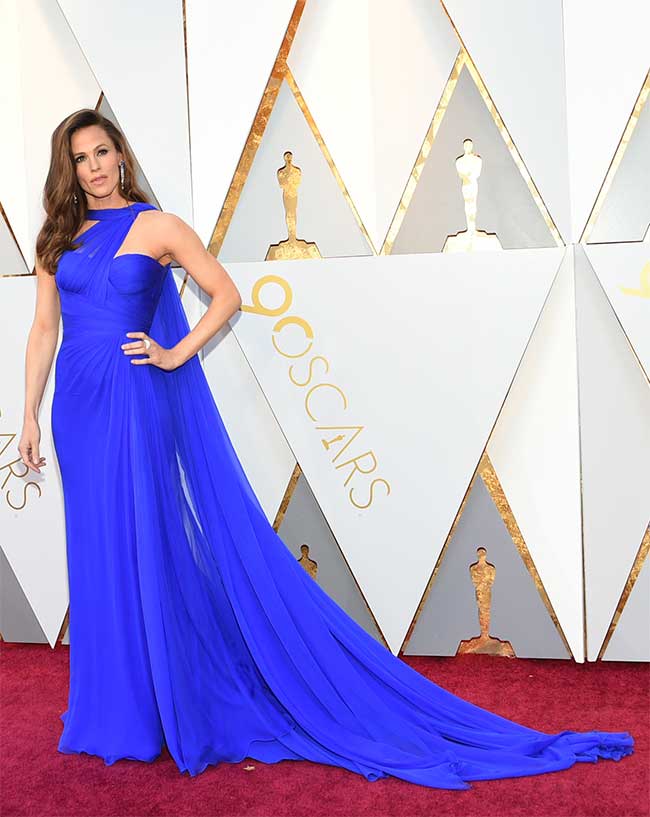 What she wore was the same dress she wore to the Oscars in 1962, when she won Best Supporting Actress for West Side Story 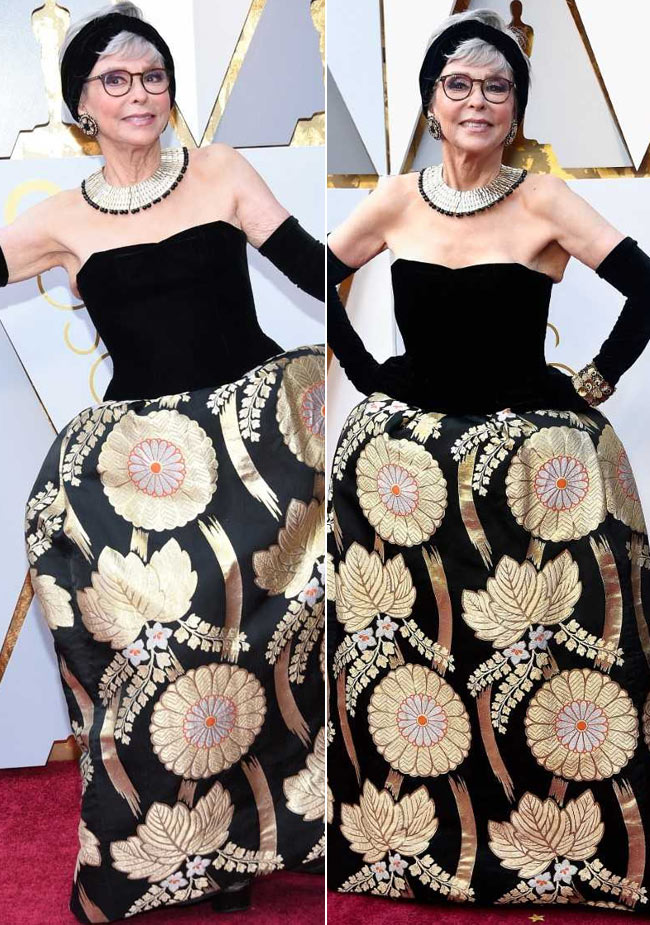 Ab dekho, costume bhi pehen liya.. oscar waala..So happy for the winners. As you can see i am very happy for all of them nominees.Thank you consolata for the tremendous work you did on me and the rest!#AcademyAwards2018#OscarSunday#oscars18#focusfeatures#universalstudiospic.twitter.com/kZaJEOWs7N 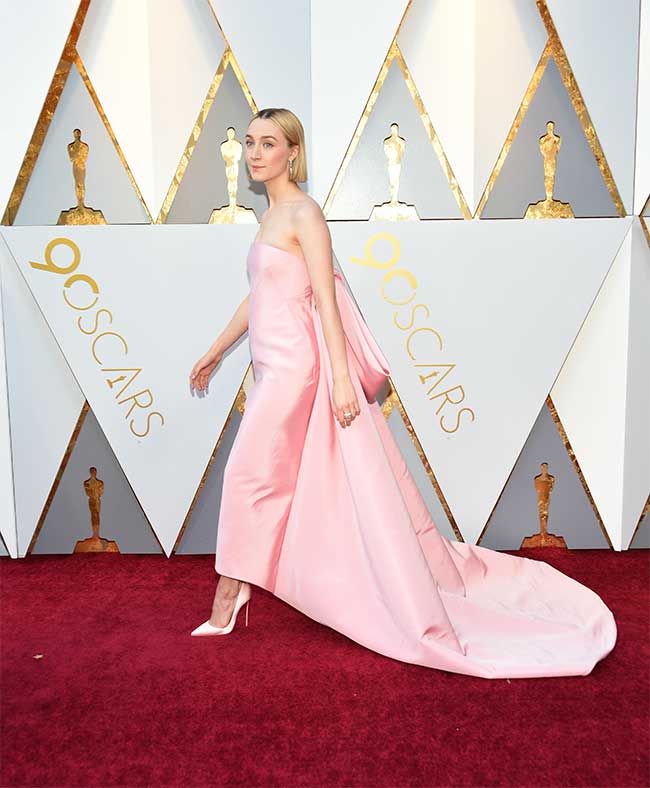 Mar 05, 2018 07:18 (IST)
Victoria & Abdul, starring Ali Fazal who is at the Oscars, has lost in both categories it was nominated in - Phantom Thread won Best Costume Design and Darkest Hour won Best Makeup and Hair
Mar 05, 2018 07:16 (IST)
Meantime, how stunning is Nicole Kidman in her cobalt Armani dress? 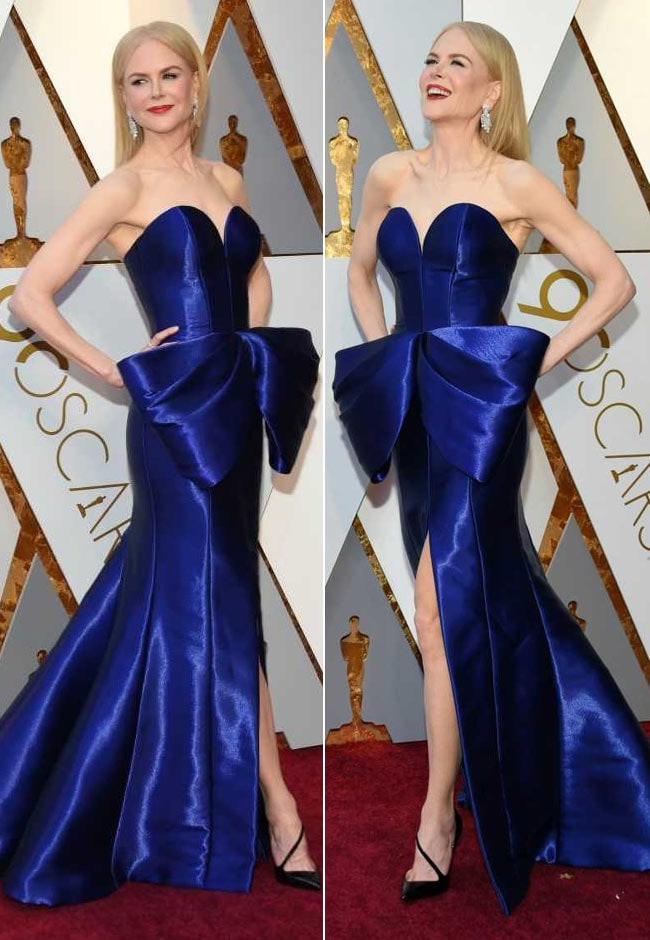 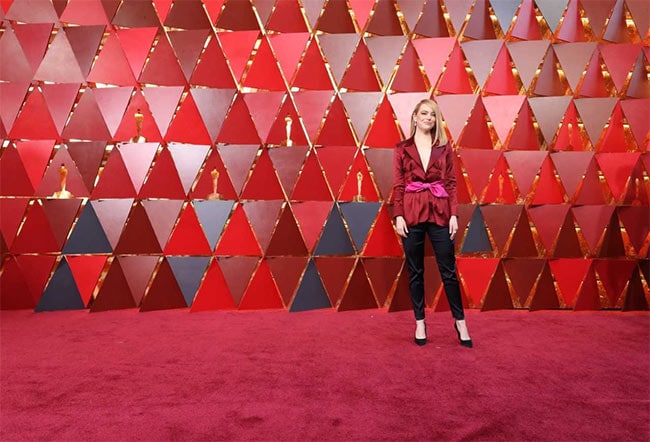 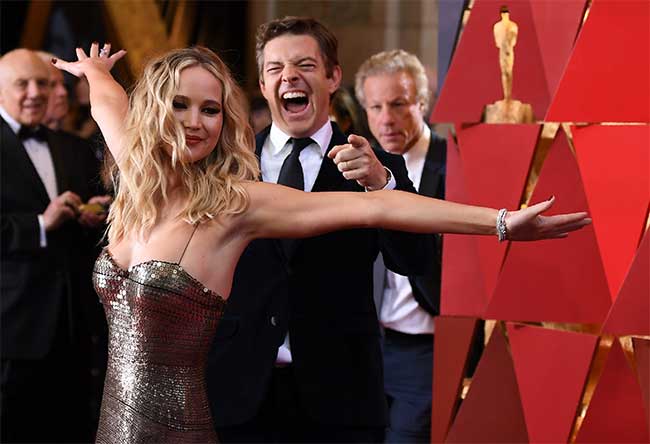 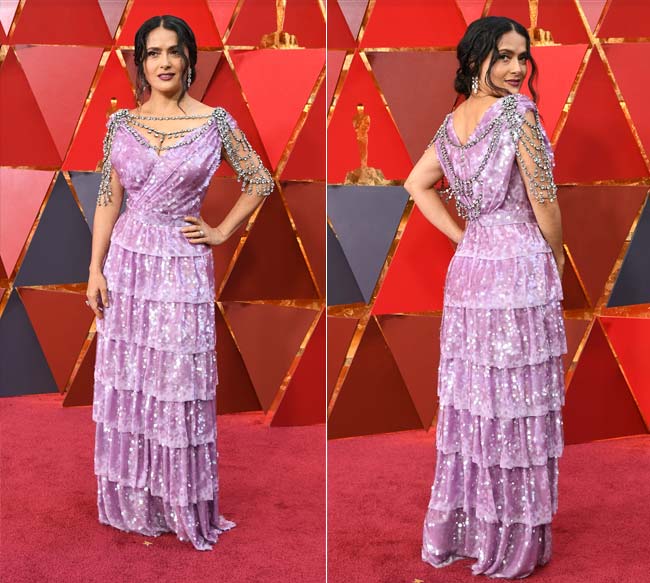 Backstage at the #Oscars with @lauradernpic.twitter.com/U4vhmP5JPR 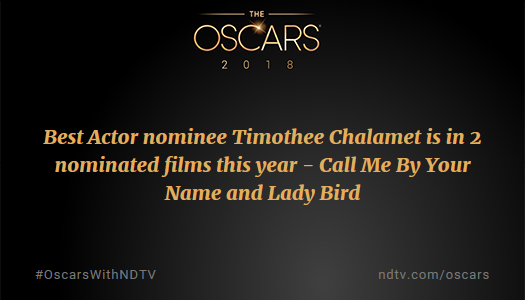 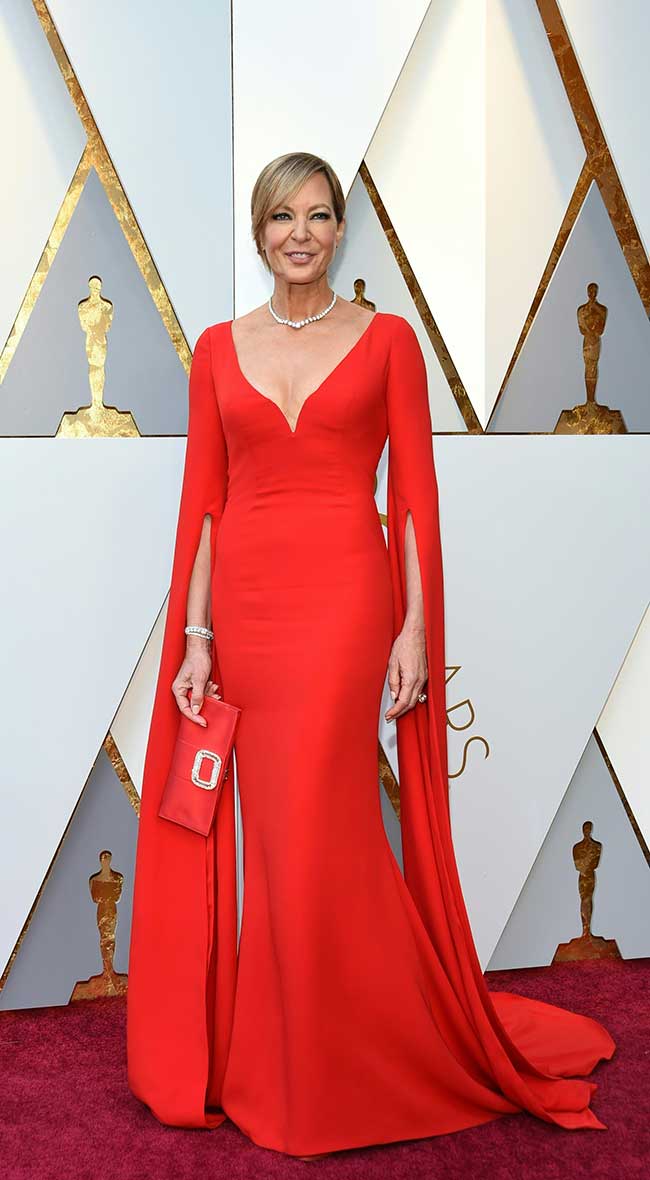 Overwhelmed, excited and truly humbled, I will never forget this moment. March 5, 2006. I am thinking about every nominee today & congratulating them on the incredible hard work that got them to this place. Have a great night! You are all winners. ❤️🙌❤️ #Oscars#WalkTheLinepic.twitter.com/vRb8beWeW4

.@tomhanks and I at our very first Academy Awards ceremony. #Oscarspic.twitter.com/Z2RaGHEJH9

.@JimmyKimmel, tonight's your night! If you get nervous, just picture them all naked. I don't know if that helps, but it sure is fun. #Oscars