Shahid Kapoor's daughter turned one today. The family is currently in London 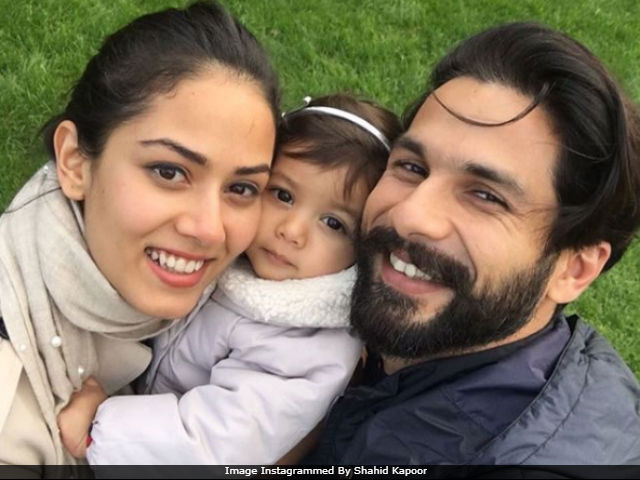 New Delhi: Shahid Kapoor's daughter Misha celebrates her first birthday today. Shahid and wife Mira Rajput are in London for a vacation. Shahid, Mira and Misha flew out of Mumbai earlier this month. Misha is Shahid and Mira's first child. The couple married in July 2015 and Misha was born a year later in August. Shahid, 36, often shares pictures of Misha on Instagram and they prove that his little princess is an expert at being adorable. She is already a social media star. Shahid and Mira had kept Misha away from the paparazzi till over six months after she was born. It was only in February this year, that we came know how baby Mira looked like. Since then, the doting dad has shared some very cute pictures of her little princess and all we can say is 'aww...'

As baby Misha steps into a new year, we have collated her overly adorable clicks, shared by Shahid.

This is when baby Misha debuted on social media, courtesy her dad. "Hello, world," Shahid captioned her post.

This cute picture of baby Misha was later shared by mommy Mira.

Misha also matches her steps with her dad.

On Mother's Day, Shahid shared this adorable picture of Mira and Misha.

Happy Mother's Day all. @mira.kapoor you make me so proud. Misha is lucky to have you.

Baby Misha accompanied Shahid and Mira to New York for the IIFA awards. After the event, the Kapoors went on a brief holiday. It was Mira's first International trip.

Promoted
Listen to the latest songs, only on JioSaavn.com
The family is currently in London to celebrate Misha's birthday. While we wait for Misha's birthday pictures, here are few pics of hers shared by Shahid from his holiday diary.