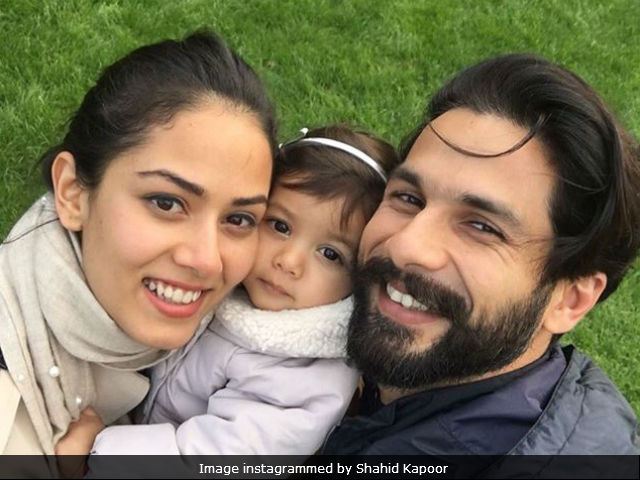 New Delhi: Actor Shahid Kapoor, who is currently holidaying with wife Mira Rajput and daughter Misha, posted an adorable family picture, which no fan of the Shaandaar actor would want to miss. In Shahid Kapoor's picture, Misha is comfortably sandwiched between her parents and just look at that faint smile (puts kala teeka). We guess Misha loves to be clicked. Little Misha looks super cute in a mauve jacket accessorised with a white hair band. Shahid captioned the pic: "Best times." Shahid, 36, seems to be enjoying his family time but still manages to take out time to keep his fans and followers updated. PS: It's almost time for Misha's first birthday (on August 26).

The picture will surely take your heart away:

Earlier, Shahid had also shared a picture of himself with Misha, in which they appear to be having a great time outdoors.

Promoted
Listen to the latest songs, only on JioSaavn.com
Love is in the air:

After his vacation, Shahid Kapoor will resume filming Sanjay Leela Bhansali's Padmavati, in which he plays the role of Ratan Singh. Padmavati features Deepika Padukone in the titular role while Ranveer Singh plays antagonist Alauddin Khilji. The film is expected to release later this year.