Shahid Kapoor, Mira And Baby Misha Fly Out Of Mumbai For A Family Vacation. See Pics 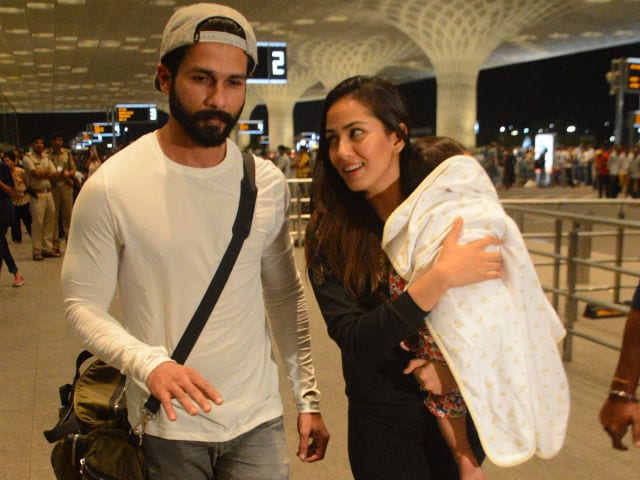 New Delhi: Actor Shahid Kapoor has taken time off his busy schedule for a vacation with wife Mira Rajput and daughter Misha. The Kapoors were photographed at the Mumbai airport on Wednesday night. Misha, who was cradled in Mira's arms, was well-protected from the camera flash. Full marks to Shahid and Mira for their airport look as the couple always travels in style. Shahid was seen wearing grey trousers and a white t-shirt while Mira opted for an all-black look. Shahid, 36, also Instagrammed a picture of himself with Mira and Misha at the airport and wrote, "First family vacay. And we are off." However, Shahid did not reveal the holiday location. Baby Misha will be celebrating her first birthday on August 26.

Here are pictures of Shahid, Mira and baby Misha at the Mumbai airport. 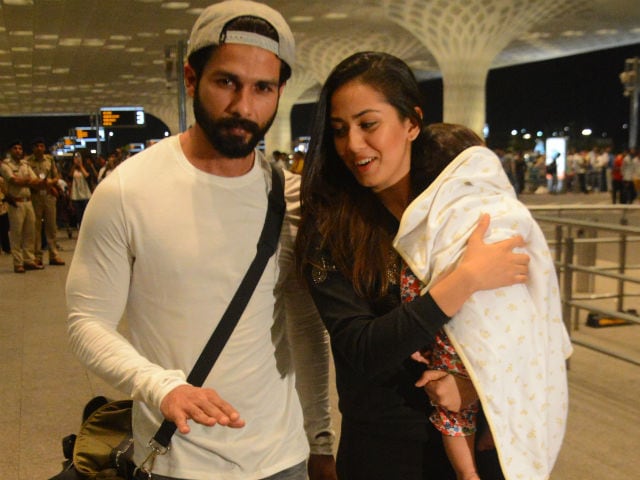 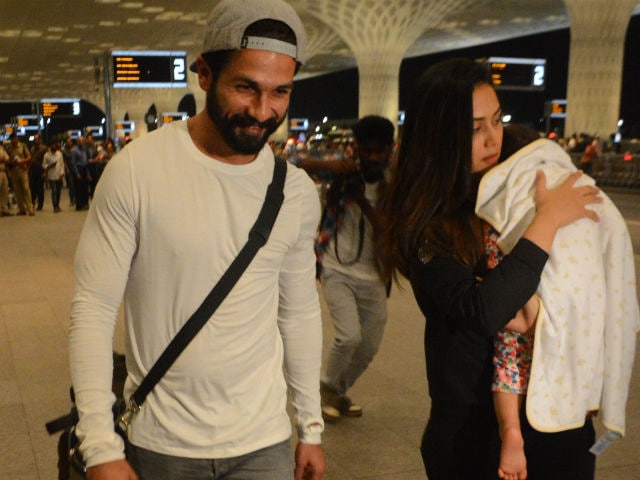 This is the picture with Shahid posted.

First family vacay. And we are off.

Last night, Shahid posted a picture of himself describing his mood. Check it out here.

Promoted
Listen to the latest songs, only on JioSaavn.com
Last month, Misha travelled to New York with Shahid and Mira. It was her first trip abroad. Shahid and Mira attended the IIFA Awards and later went for a brief trip with Misha. Shahid reportedly gave an early start to Misha's birthday in New York with his Shaandaar co-star Alia Bhatt and filmmaker Karan Johar. Shahid, Mira and Misha returned to India earlier this month. Shahid and Mira celebrated their first anniversary in July.

Soon after reaching India, Shahid resumed the shoot of Padmavati, a period drama, directed by Sanjay Leela Bhansali. Shahid plays Raja Ratan Singh in Padmavatiand has learnt sword-fighting and martial arts for the film. Deepika Padukone stars as Rani Padmini, wife of Raja Ratan Singh while Ranveer Singh will play the role of Alauddin Khilji. Padmavati is expected to release later this year.