A shirtless picture of Shahid Kapoor, shared by the actor on Instagram, has got over 2 lakh likes and very much counting 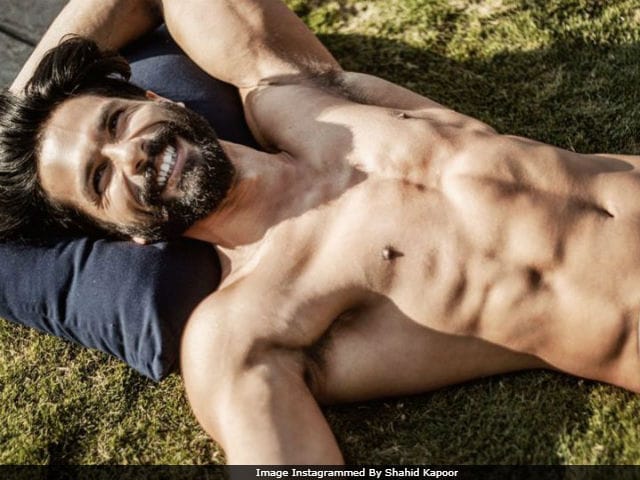 New Delhi: A shirtless picture of Shahid Kapoor, shared by the actor on Instagram, just an hour ago, has got over 2 lakh likes and very much counting. In the picture, Shahid lounges on a lawn and wears a killer smile. It is Internet's current favourite and we aren't surprised. "Holiday mood," Shahid captioned the post. "Oh god, I am dead," "Someone is killing," are some of the many comments on Shahid's picture and our favourite - "He is so hot. Kill me please." Shahid Kapoor, 36, is married to Mira Rajput. The couple together have a daughter Misha, who will be celebrating her first birthday later this month.

See the picture which Shahid shared.

A couple of days ago, Shahid shared a picture, from his training session, which only has heart emoticons in the comments thread.

Shahid Kapoor headlined major award functions of this year. He was named the Best Actor for his role in 2016's Udta Punjab.

Shahid went for a brief holiday to US after attending the IIFA awards 2017 with Mira and Misha. It was Misha's first trip abroad.