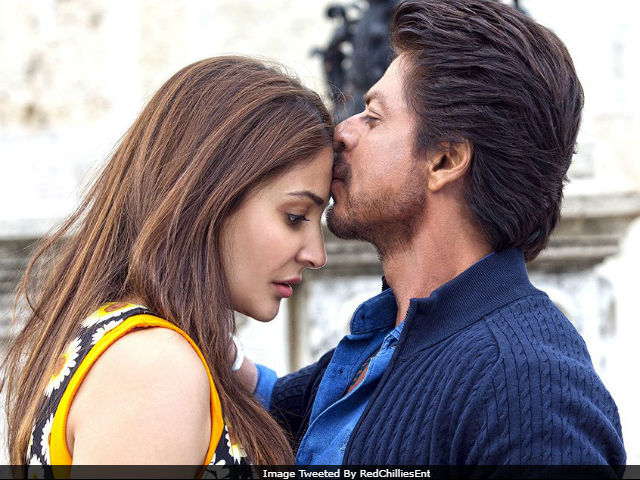 Here's what the celebrities posted.

My dear @iamsrk@AnushkaSharma and d ingenious Imtiaz , all the very best for d release today. #JabHarryMetSejal in theatres now!

To the King of Romance,excited for #JabHarrryMetSejal tom! here's our loveeeeee for you! @iamsrk our karaoke track #Chandralekha#AGentlemanpic.twitter.com/WUa8zRLRng

All the best @iamsrk sir for tom! You've smashed it in all the promos. Another home run! #JHMSTomorrow

@iamsrk@AnushkaSharma i have a feeling in my bones Your film is going to be a hit! All the best to you Imtiaz and the team

Soon, SRK thanked Aamir and wrote, "This so much yaar. & as I mentioned ur trailer Secret Superstar is sooo endearing. Let me know when u can watch JHMS."

This so much yaar. & as I mentioned ur trailer Secret Superstar is sooo endearing. Let me know when u can watch JHMS https://t.co/2At5jJ7gpi

SRK also sent a special message for his fans. Here it is.

Happy viewing to all those who r watching #JHMS in parts of the world. Apna Dil saath leke jaana. My lov to u all. pic.twitter.com/c3lPyeIhWo

Promoted
Listen to the latest songs, only on JioSaavn.com
In Jab Harry Met Sejal, SRK plays a tour guide Harry and Anushka stars as Sejal. The film traces Harry and Sejal's love story. Of his film, SRK earlier told news agency PTI, "The film travels a lot but it is not on travel. It's about a tourist guide, but it's a love story. Two people meet somehow, and somewhere down the line as they are moving around, they kind of fall in love."

Jab Harry Met Sejal is produced by Shah Rukh Khan's wife Gauri. The film has been shot in Prague, Budapest and Punjab.