Aamir Khan said: "All the very best for your release tomorrow. I'm sure it will rock" 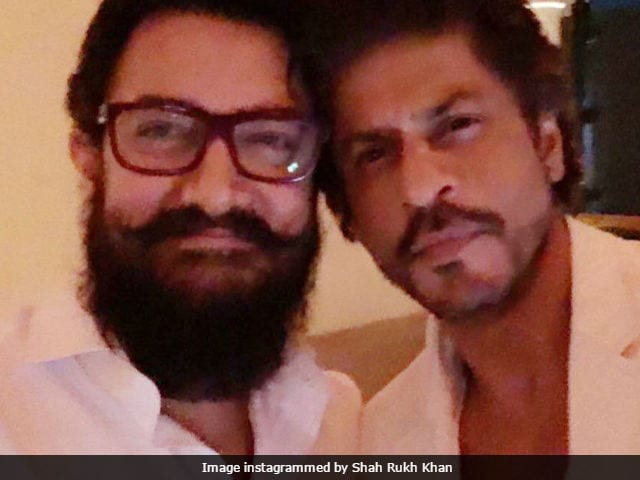 New Delhi: Shah Rukh Khan's Jab Harry Met Sejal, co-starring Anushka Sharma, is all set to hit the screens on Friday and Aamir Khan is 'sure' that the Imtiaz Ali-directed film 'will rock.' He said so on Twitter. On Thursday evening, Aamir tweeted: "Shah Rukh, Anushka, Imitiaz, all the very best for your release tomorrow. I'm sure it will rock. Looking forward. Love. a. (sic)" Shah Rukh, who is busy promoting the film (yes, even on the eve of its release) hasn't replied yet but Anushka, who has worked with Aamir in PK, tweeted: "Thank you so much Aamir Khan." Shah Rukh and Anushka released the films new song Phurrr, for which DJ Diplo collaborated with music composer Pritam.

Meanwhile, Amair Khan, who launched the trailer of his new film Secret Superstar talked about the recent box office performance of his colleagues Salman and Shah Rukh's films. When asked about the recent failure of Salman's Tubelight and the lukewarm response to SRK's Fan and Raees, Aamir said: "You have to understand that creative work is very unpredictable. All of us try our best. Sometimes we succeed, sometimes we don't. I don't think anyone's stardom is affected by one or two films. Salman and Shah Rukh are both huge stars, they are megastars. I am a fan of their work. I don't really compare like this. Each one is unique and different," reports news agency PTI.

Promoted
Listen to the latest songs, only on JioSaavn.com
Back to Jab Harry Met Sejal. The travel-themed film is produced by Shah Rukh's wife Gauri Khan through Red Chillies Entertainment. In Jab Harry Met Sejal, the protagonists are on a quest to find a missing ring and how their search leads them to their soulmates.