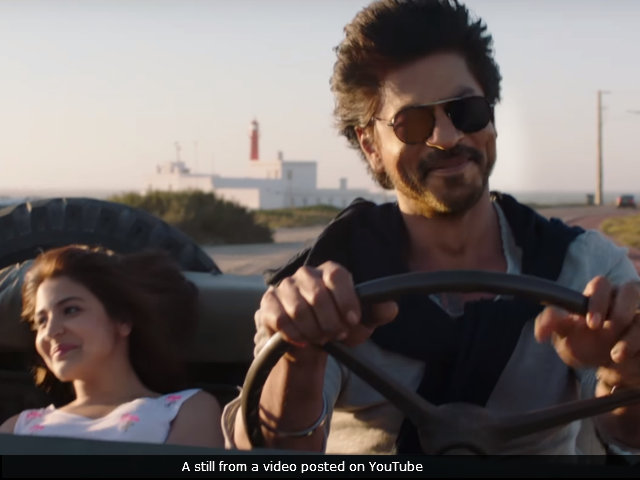 New Delhi: Have you heard Shah Rukh Khan and Anushka Sharma's movie Jab Harry Met Sejal's new song Phurrr? It's probably the best song you'll hear today. The song is full of amusement and enjoyment with Harry (Shah Rukh Khan) and Sejal (Anushka Sharma) jamming happily with the street dancers of the city. The song will surely make you dance like no one's watching. The song Phurrr is based on Sejal's character who is full of life in the film's trailer. Phurrr gives a glimpse of cities like Spain and Prague, in which it has been shot widely. American DJ Diplo, who has collaborated with composer Pritam Chakraborty has also featured in the song. Watch Jab Harry Met Sejal's new song Phurrr here:


Promoted
Listen to the latest songs, only on JioSaavn.com
Earlier, actress Anushka Sharma had also shared a black and white teaser of Phurrr on Instagram, which features her voice as a Gujarati chokriSejal, narrating the monologue of her story.

Apart from Phurrr, other trending songs from the film are Butterfly, Hawayein ,Beech Beech Mein , Radha and Safar. Director Imtiaz Ali along with actors Anushka Sharma and SRK are seen promoting Jab Harry Met Sejal in full excitement. Recently, a picture of Imtiaz Ali with co-star Anushka was shared by Shah Rukh Khan on Instagram. The two were seen chilling apart from promoting their new song Phurrr in Shah Rukh's hometown, Delhi.

When the most beautiful people 'Jab Imi met Anu' in my hometown and so Delhi like chilled.