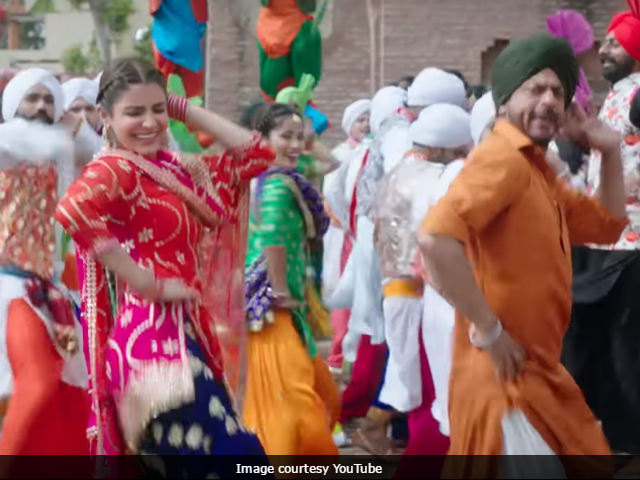 Jab Harry Met Sejal: SRK and Anushka in a still from the song Butterfly

New Delhi: The fourth song of Shah Rukh Khan and Anushka Sharma's movie Jab Harry Met Sejal, titled Butterfly. has been unveiled by the makers of the film today. The two-and-a-half minute song has been widely shot in the fields of Punjab. Harry (played Shah Rukh Khan) and Sejal (played by Anushka) are seen happily grooving to the desi beats. Butterfly will surely make you want to out on dancing shoes as well. The song has been sung by Aman Trikha, Nooran Sisters, Dev Negi and Sunidhi Chauhan. The lyrics have been written by Irshad Kamil and the music has been composed by Pritam.


The team of Jab Harry Met Sejal launched the new song at a mall in Ludhiana, Punjab.

On Wednesday, the makers of the film shared a teaser video of the song giving us a sneak peek into the chapter of Harry and Sejal's story.

Jab Harry Met Sejal, which has been directed by Imtiaz Ali, is a film about a tourist guide and his love story.

"The film travels a lot but it is not on travel. It's about a tourist guide, but it's a love story. Two people meet somehow, and somewhere down the line as they are moving around, they kind of fall in love," news agency PTI quoted Shah Rukh Khan as saying.

The film has been extensively shot in Budapest, Amsterdam, Prague and Punjab.

Promoted
Listen to the latest songs, only on JioSaavn.com
Jab Harry Met Sejal will release in theatres on August 4.