Shah Rukh Khan tweeted: "Happy viewing to all those who are watching JHMS in parts of the world. Apna Dil saath leke jaana. My love to you all" 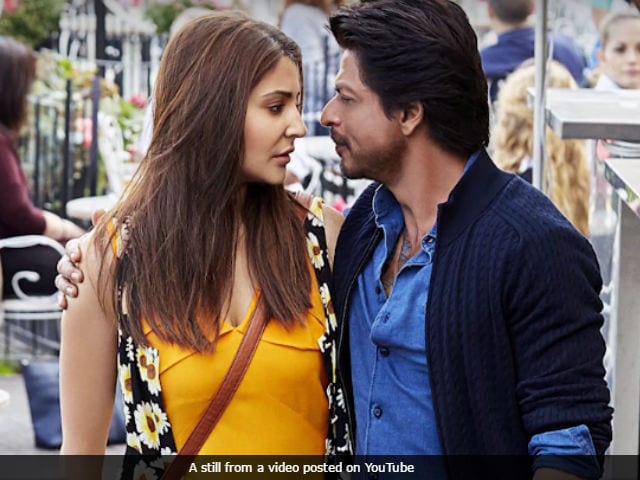 New Delhi: Hours before Jab Harry Met Sejal is all set to hit the screens, the film's lead actor tells his fans "Apna dil saath leke jaana." Shah Rukh Khan was promoting his new film till the last moment in New Delhi as he launched the film's peppy song Phurrr, which was co-composed by American DJ Diplo and Pritam. On late Thursday evening, Shah Rukh tweeted: "Happy viewing to all those who are watching JHMS in parts of the world. Apna Dil saath leke jaana. My love to you all." Jab Harry Met Sejal, directed by Imtiaz Ali and co-starring Anushka Sharma, is Shah Rukh's yet another romantic film.

Happy viewing to all those who r watching #JHMS in parts of the world. Apna Dil saath leke jaana. My lov to u all. pic.twitter.com/c3lPyeIhWo

In an interview while promoting Jab Harry Met Sejal, Shah Rukh told reporters that he watches more romantic films now because of his daughter Suhana but prefers to make comedy films. "Because of my daughter now, I see a lot of love stories and I find them very beautiful," he was quoted as saying by news agency PTI.

Meanwhile, Bollywood celebs are rooting for Jab Harry Met Sejal even before its release. Here's what Aamir Khan and filmmaker Karan Johar said about the film.

It's the week of Harry and Sejal!!!! Can't wait to feel the love and witness the magic!!! @iamsrk@AnushkaSharma#imtiaz#JHMS ....

Jab Harry Met Sejal, which releases on Friday, is the story of Harry, a tour guide in Europe, who helps Sejal find her engagement ring (though he doesn't seem happy about it). Harry and Sejal retrace their steps to find the ring, a quest which brings them closer to each other.