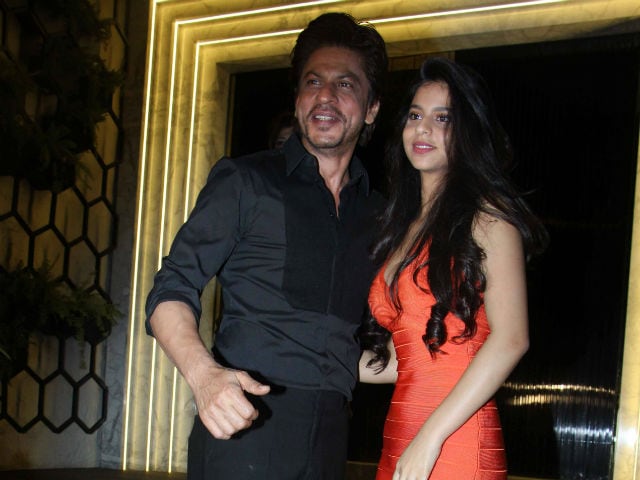 New Delhi: Shah Rukh Khan, who recently launched Hawayein, the new romantic song from his upcoming movie Jab Harry Met Sejal, said that he has started watching love stories because of his daughter, Suhana, reported news agency PTI. "Because of my daughter now, I see a lot of love stories and I find them very beautiful," said Shah Rukh. The Dilwale Dulhania Le Jayenge actor earlier told news agency IANS that he's not a fan of love stories but at Wednesday's event he said, "No, no. I think that was misinterpreted. I like a love story also but I like comedy more."

Shah Rukh Khan, actress Anushka Sharma along with director Imtiaz Ali launched the song Hawayein on Wednesday. At the event, Shah Rukh told reporters that Imtiaz Ali complimented his style of romance while they were filming Jab Harry Met Sejal. Shah Rukh said that he was 'touched' when Imtiaz told him: "Aap abhi bhi pyaar waisa he karte ho jaise aapne shuruat ki thi," reported PTI. The Raees actor added, "By some chance, some of the love stories that I've been a part of have done so well, people have loved them for years. I love doing love stories."

Promoted
Listen to the latest songs, only on JioSaavn.com
Shah Rukh also thanked his co-star Anushka Sharma in the movie and director Imtiaz Ali and said, "I am fortunate to have a director like Imtiaz and a friend like Anushka because I am shy. It helps to open up. (And then) you have music directors and lyricist who are giving it so much more than perhaps I can give."

Jab Harry Met Sejal hits the screens on August 4. Meanwhile, Shah Rukh will feature in Kabir Khan's yet-untitled short film and Aanand L Rai's next, again with Anushka Sharma, who also has Pari and Sanjay Dutt's biopic in the pipeline.